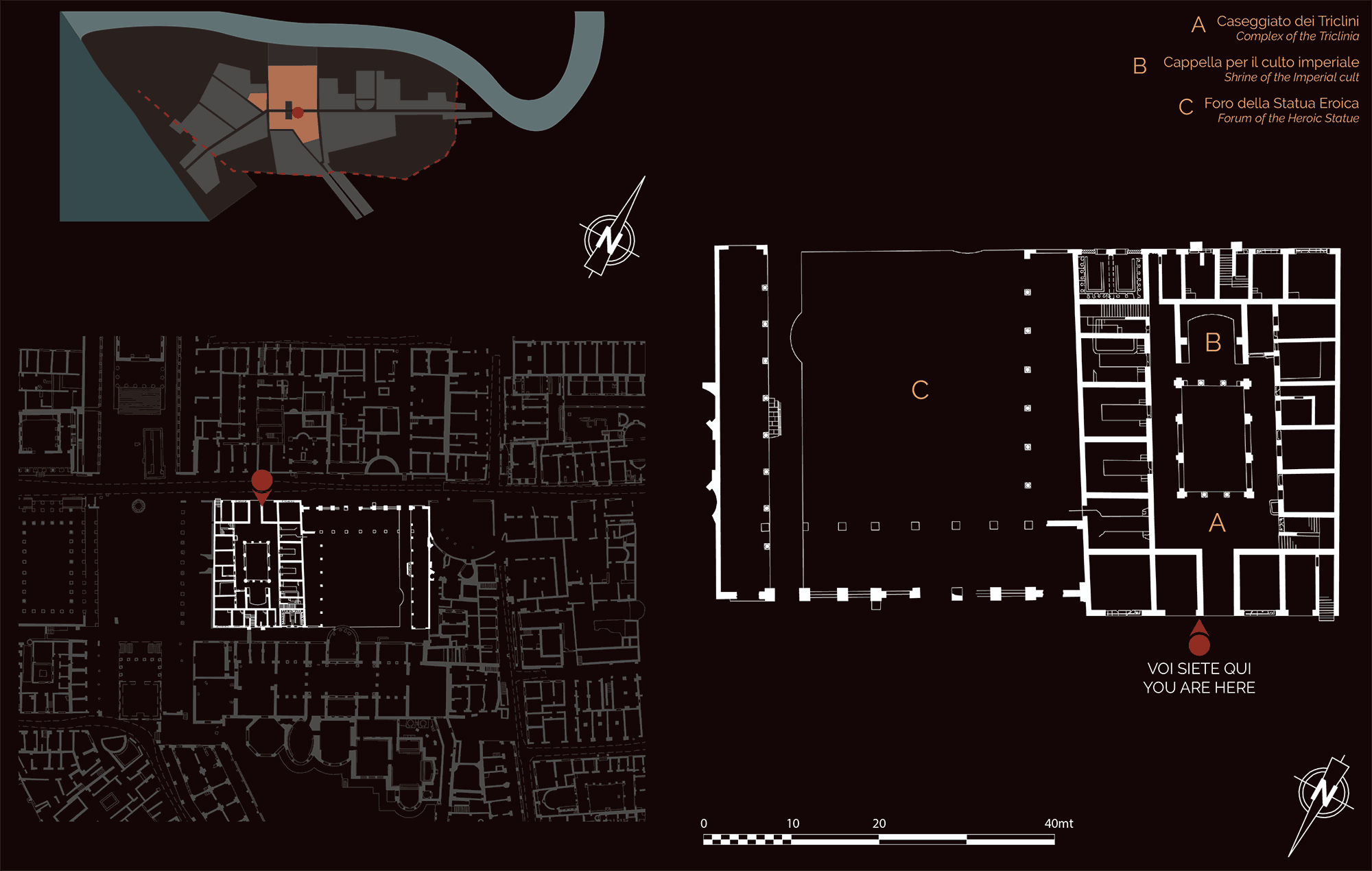 The complex was constructed in around AD 120 and was the headquarters of the college of the fabri tignuarii, or builders’ guild, one of the city’s most important (A).

It had shops opening onto the Decumanus, a central porticoed courtyard and a row of dining rooms with brick triclinia for banquets. 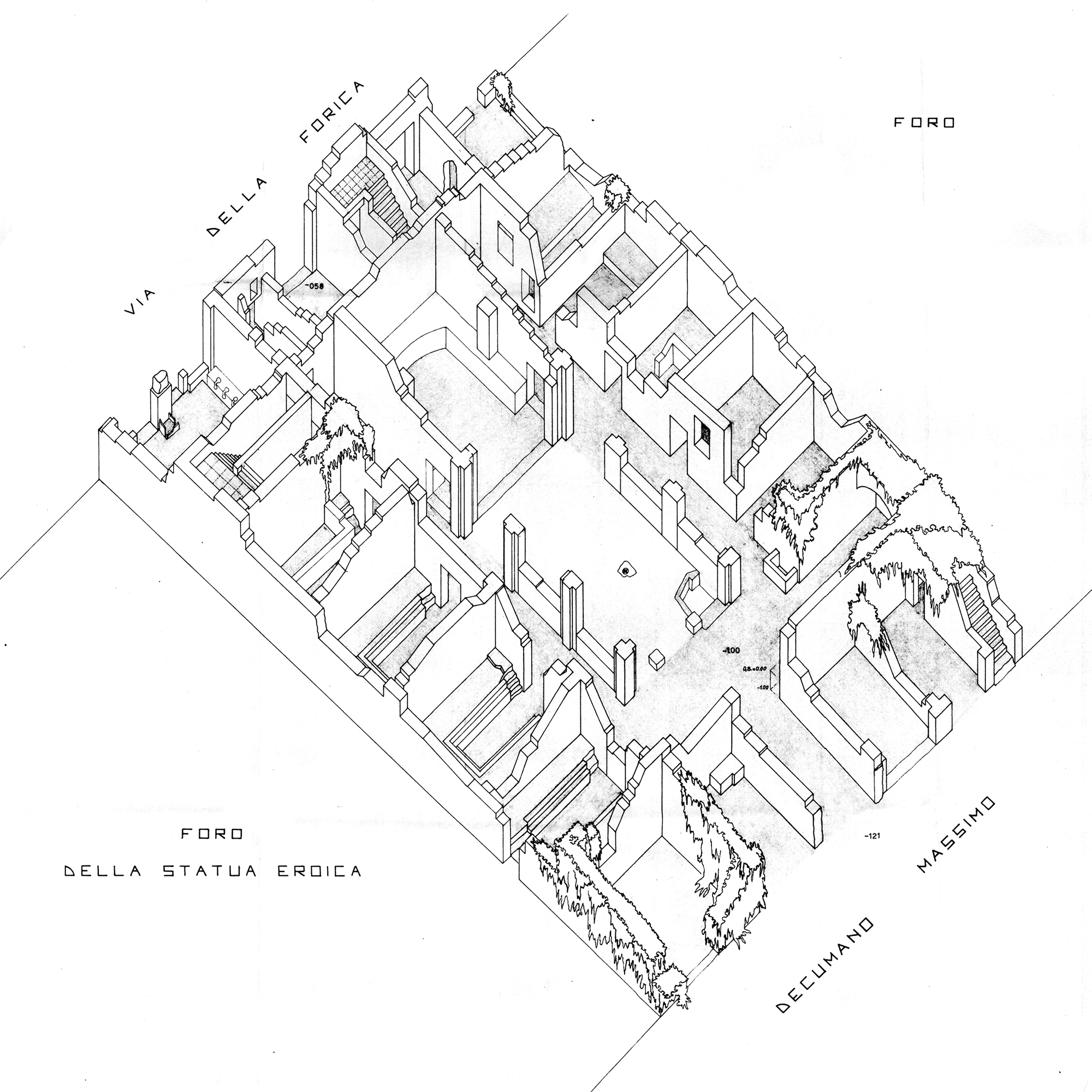 In the courtyard stood a statue of the emperor Septimius Severus (AD 193-211), on whose base were inscribed the names of the members of the college.

In a late period one of the rooms became a shrine for the imperial cult (B) and was adorned with painted decorations.

In the late 4th century AD, the area near the building was occupied by a portico with columns on both sides and brick pillars towards the Decumanus; this created a porticoed square that takes its name from the nude male statue placed at its centre (C).