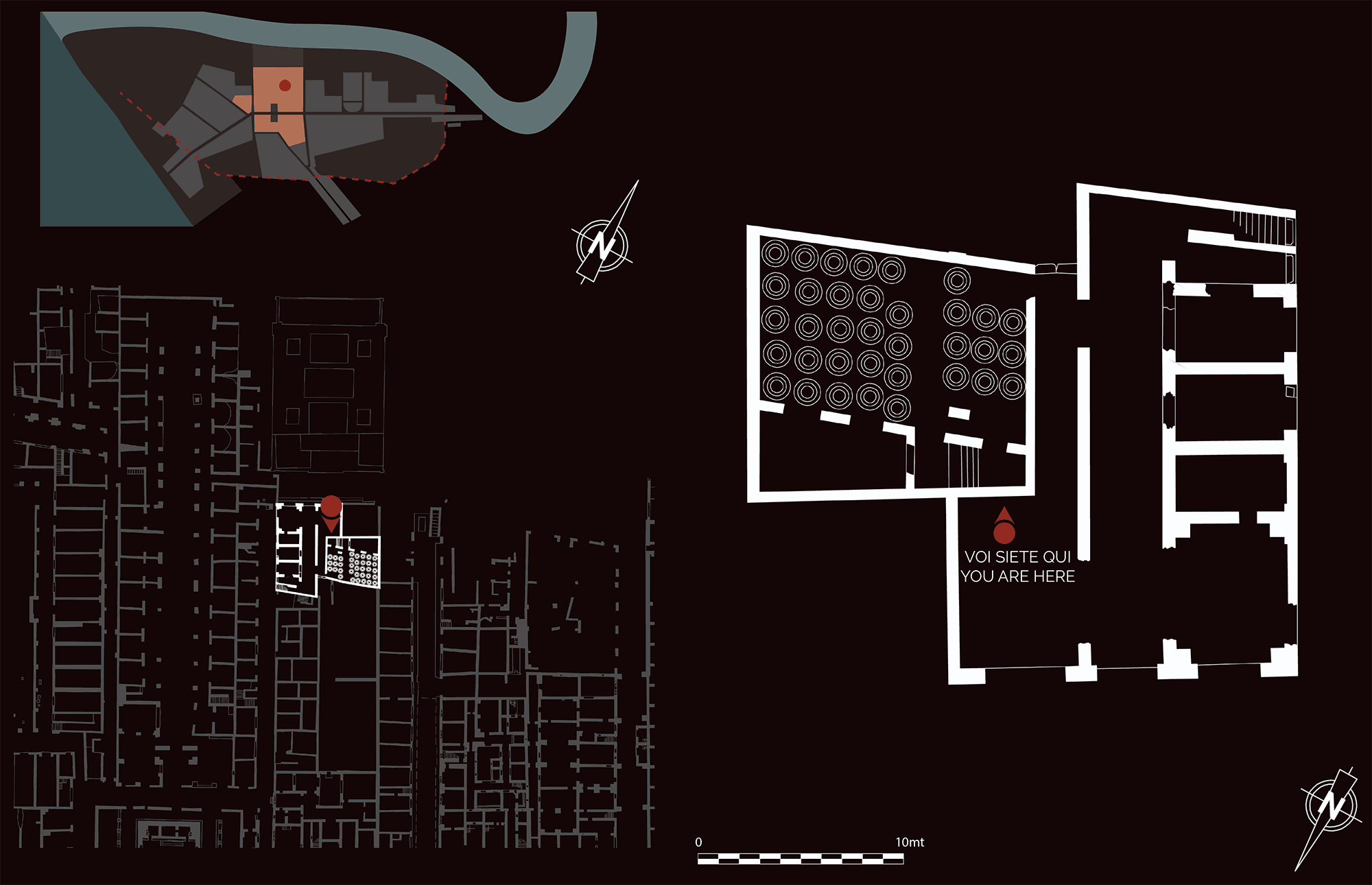 The complex had a commercial function and was built at the same time as the nearby Insula dei Dipinti in the Hadrianic period (AD 117-138).

It had a row of shops opening onto the street with a vast space behind them: in the early 3rd century AD the latter was transformed into a storage area for large containers for liquids (oil, wine) that were in part set into the ground (dolia defossa). 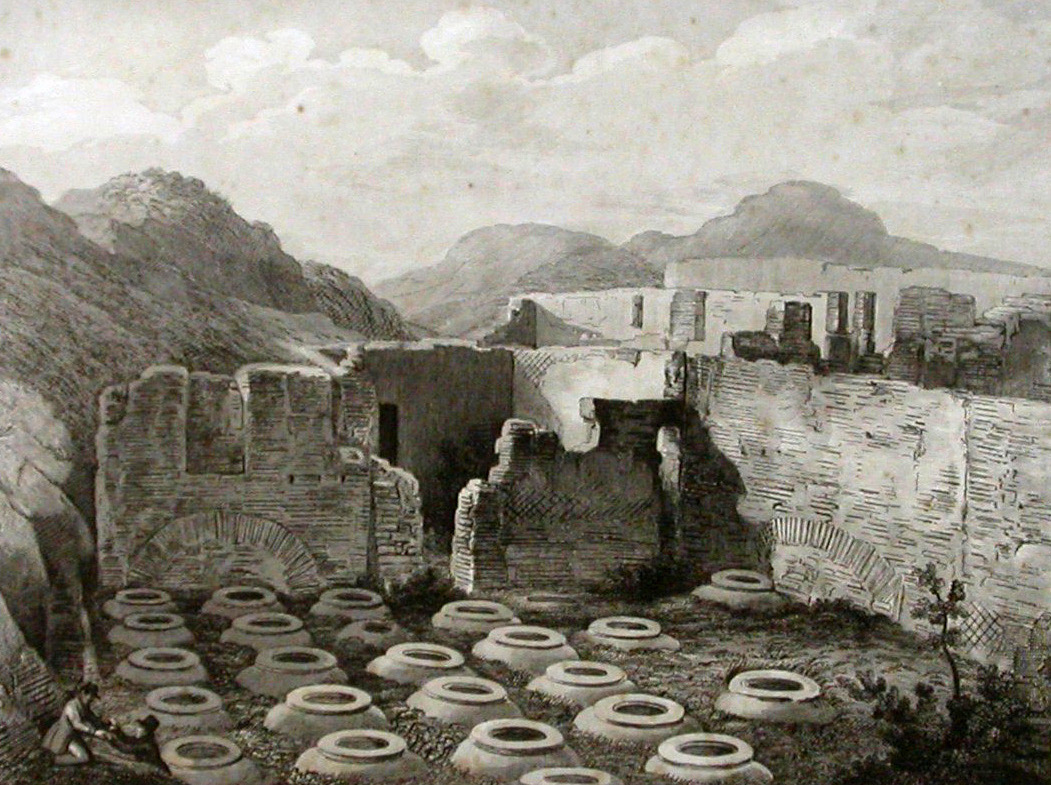 Engraving with general view of the Complex of the Dolia
(P. Petri)

Some dolia still have numbers incised on them indicating their capacity in amphorae, a unit of measurement equivalent to about 26 litres. 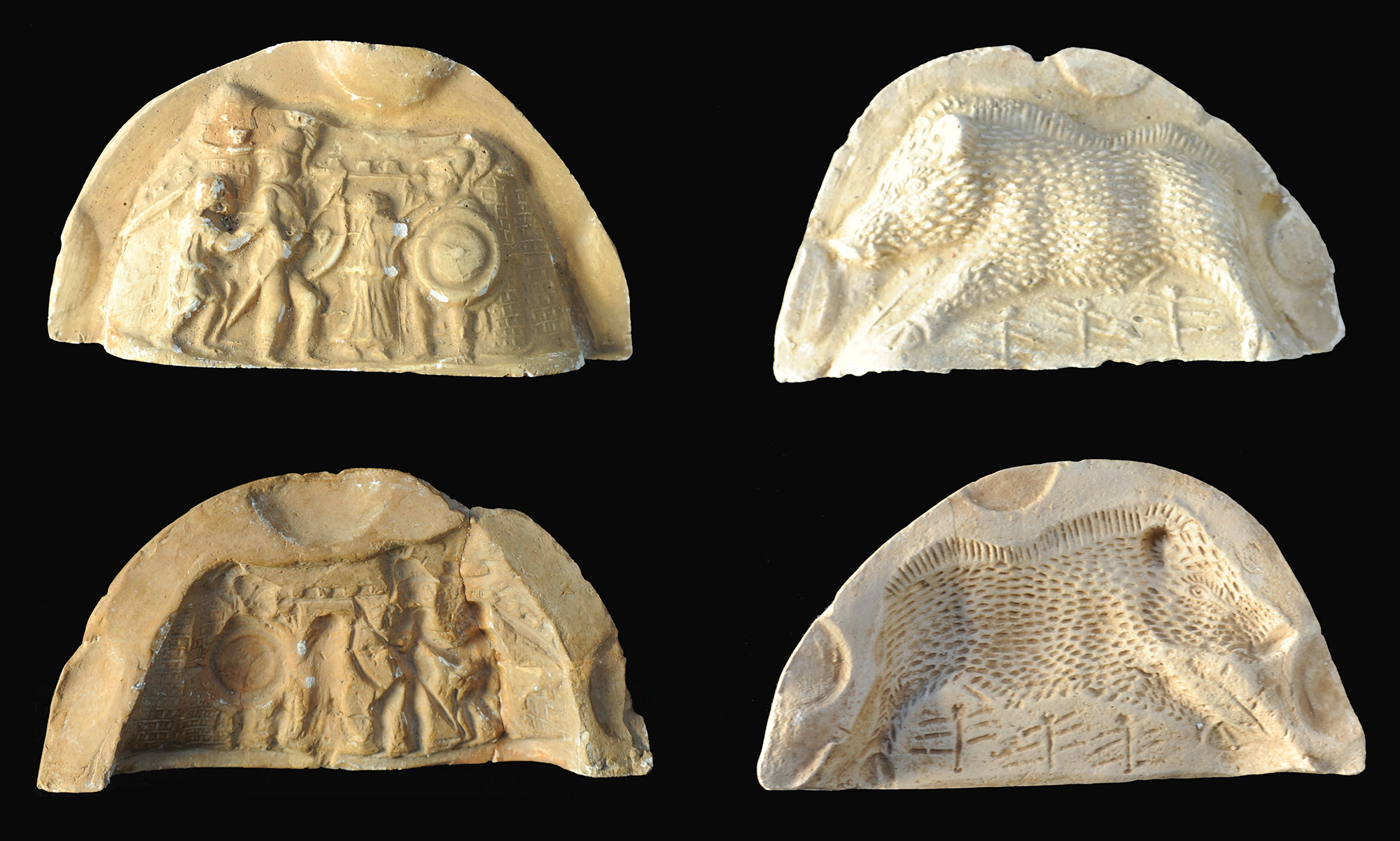 Terracotta moulds for cakes and their casts