The complex, perhaps originally four storeys tall with shops facing onto the street, was built in the Hadrianic period (first half of the 2nd century AD).

It has a central porticoed courtyard (C) and over time underwent significant alterations to both the internal walls and the floors.

The black and white geometrical mosaics in some rooms, the polychrome mosaic on one side of the portico and the inlaid marble floor of the triclinium (D) belong to the original phase.

In the second half of the 2nd century AD, the courtyard was embellished with a fine marble nymphaeum whilst the surviving paintings were made at the end of this century. 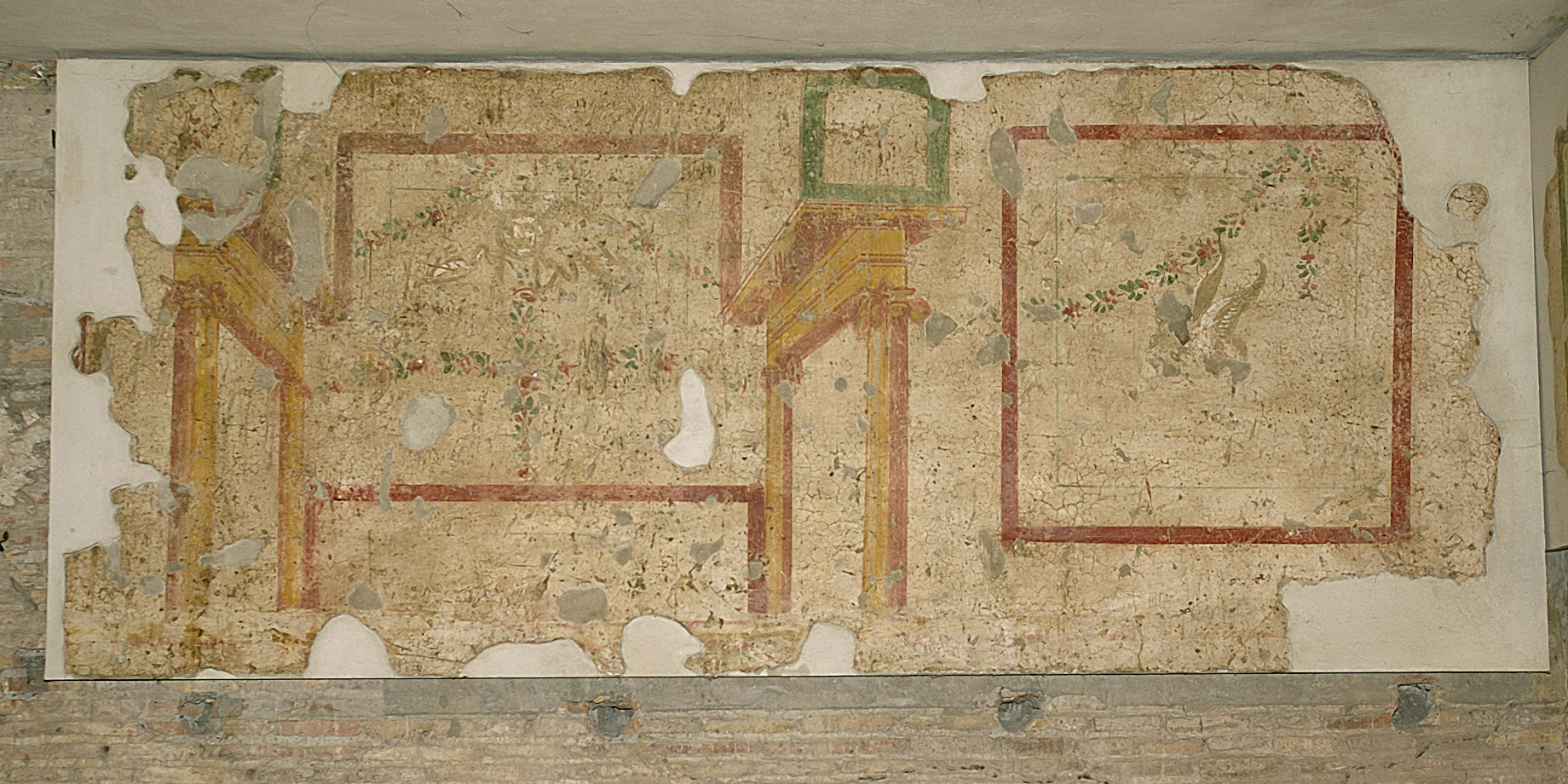 Detail of the paintings in the tablinum (E)

During the 3rd century AD, the floors were raised and new mosaics were laid.

Finally, a mithraeum (F) was installed in the innermost rooms at a late period: it had a shrine, a (reused) marble altar and podia (benches) made of masonry.