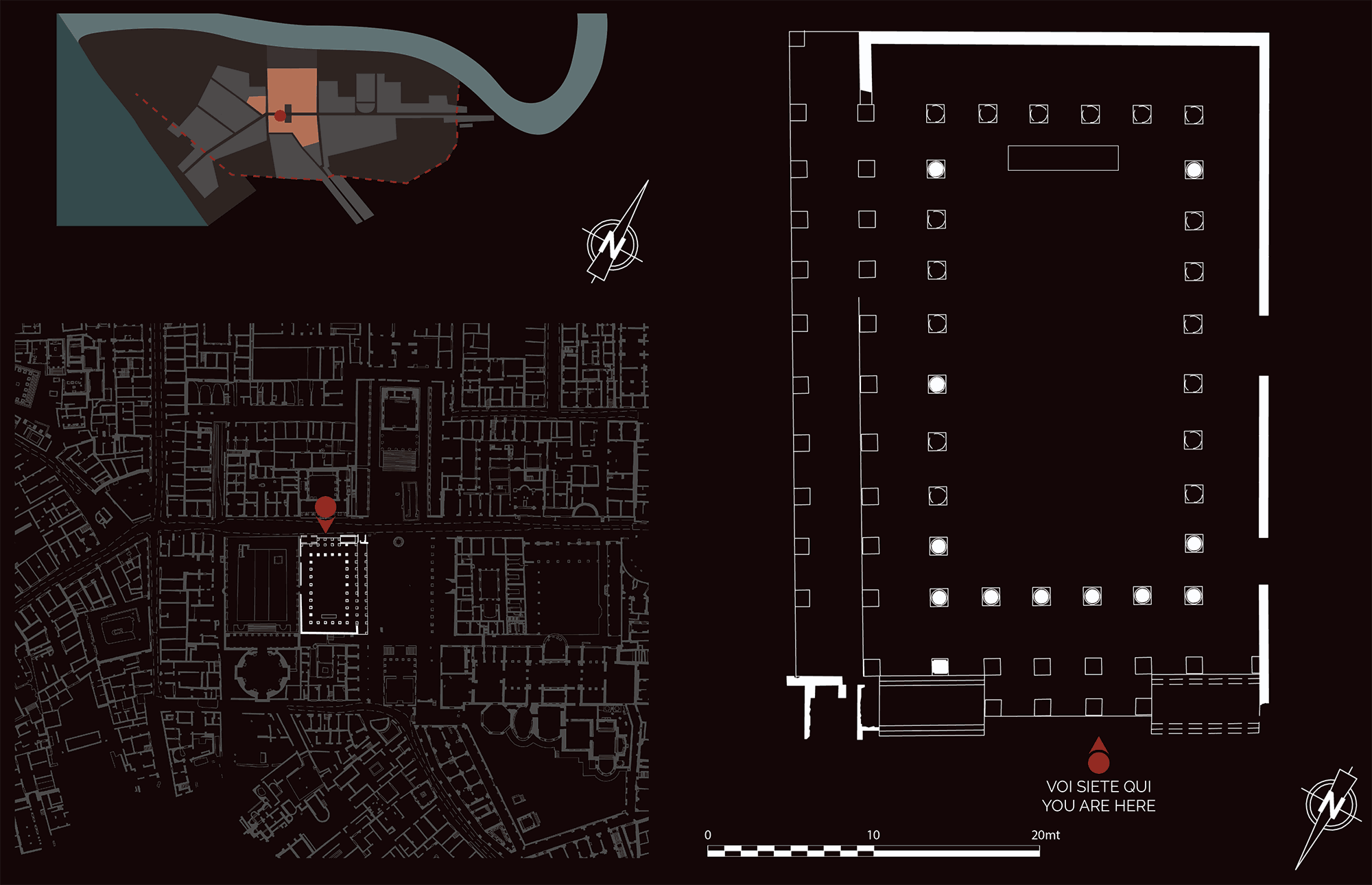 The Basilica, used for the administration of justice and to conduct business, was built between the late 1st and early 2nd century AD.

Accessed from the Decumanus through a monumental entrance, it took the form of a large single hall embellished with marble columns and a marble floor.

Proposed reconstruction of the section and east façade of the basilica
(R. Mar)

At the back of the hall the remains of the podium reserved for the judges are still visible.

On the east side, the basilica was connected to the Forum square by a visually striking double portico with brick pillars clad in marble and decorated with a frieze with cupids and festoons. 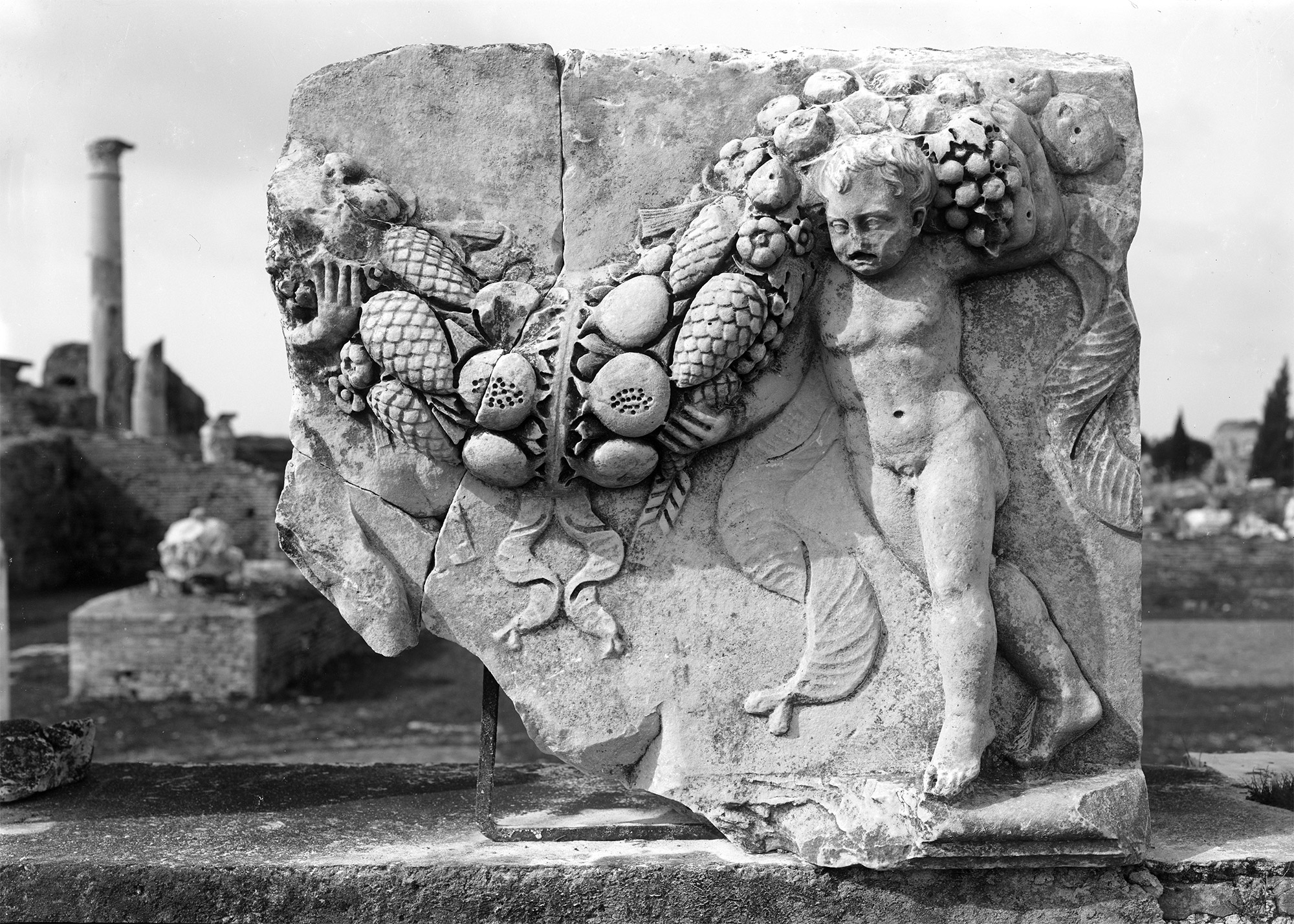 Detail of the frieze with Cupids and festoons

The fragmentary marble reliefs decorated with episodes from the foundation and very early history of Rome belong to the panels set between the columns on the second floor of the building, overlooking the central hall.