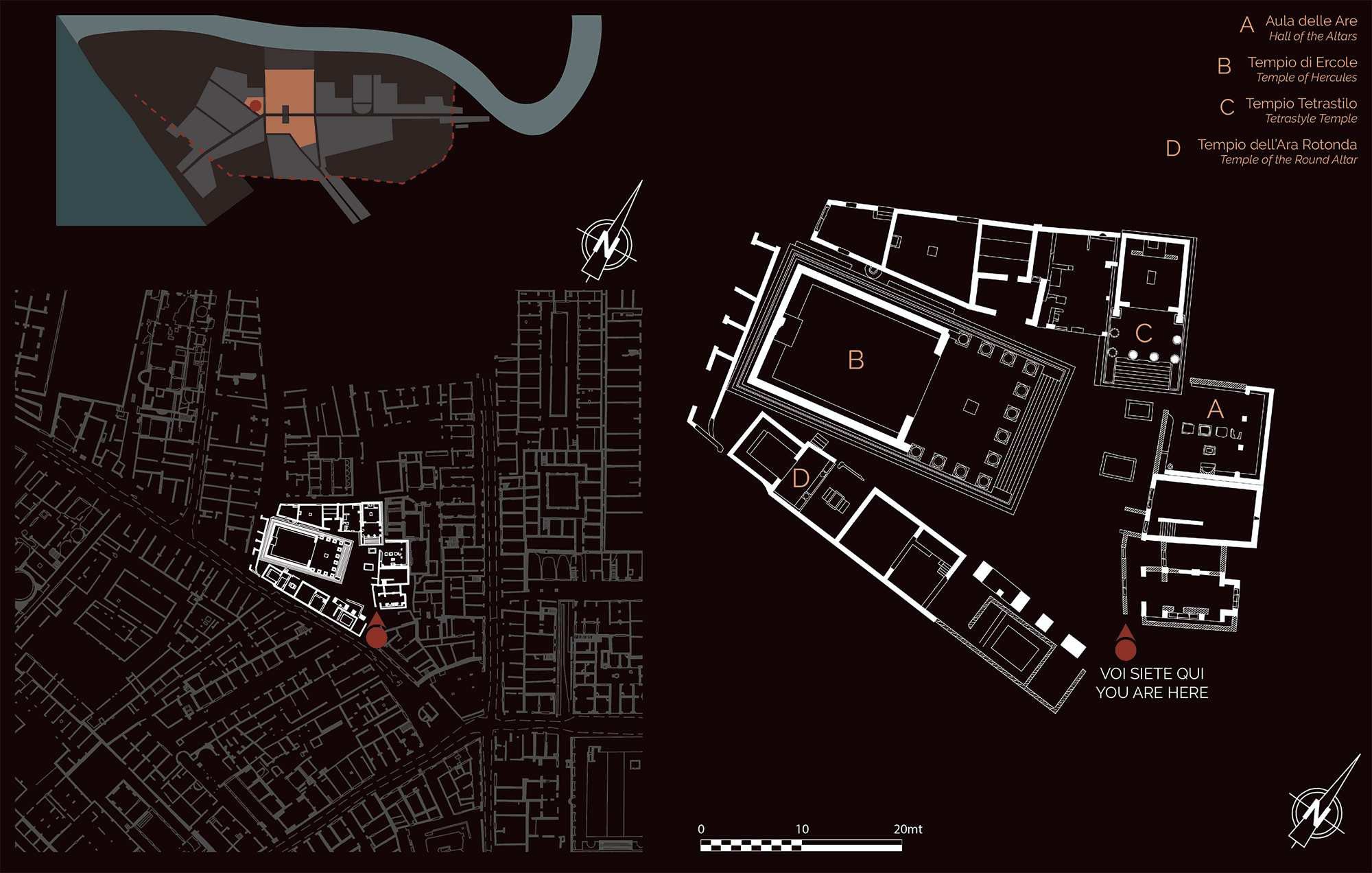 The Republican Sacred Area lays outside the walls of the castrum, near an ancient road linking Ostia to the mouth of the Tiber, the same route followed by the later Via della Foce.

From the 3rd century BC onwards, some of Ostia’s most important cult places were built in this area. 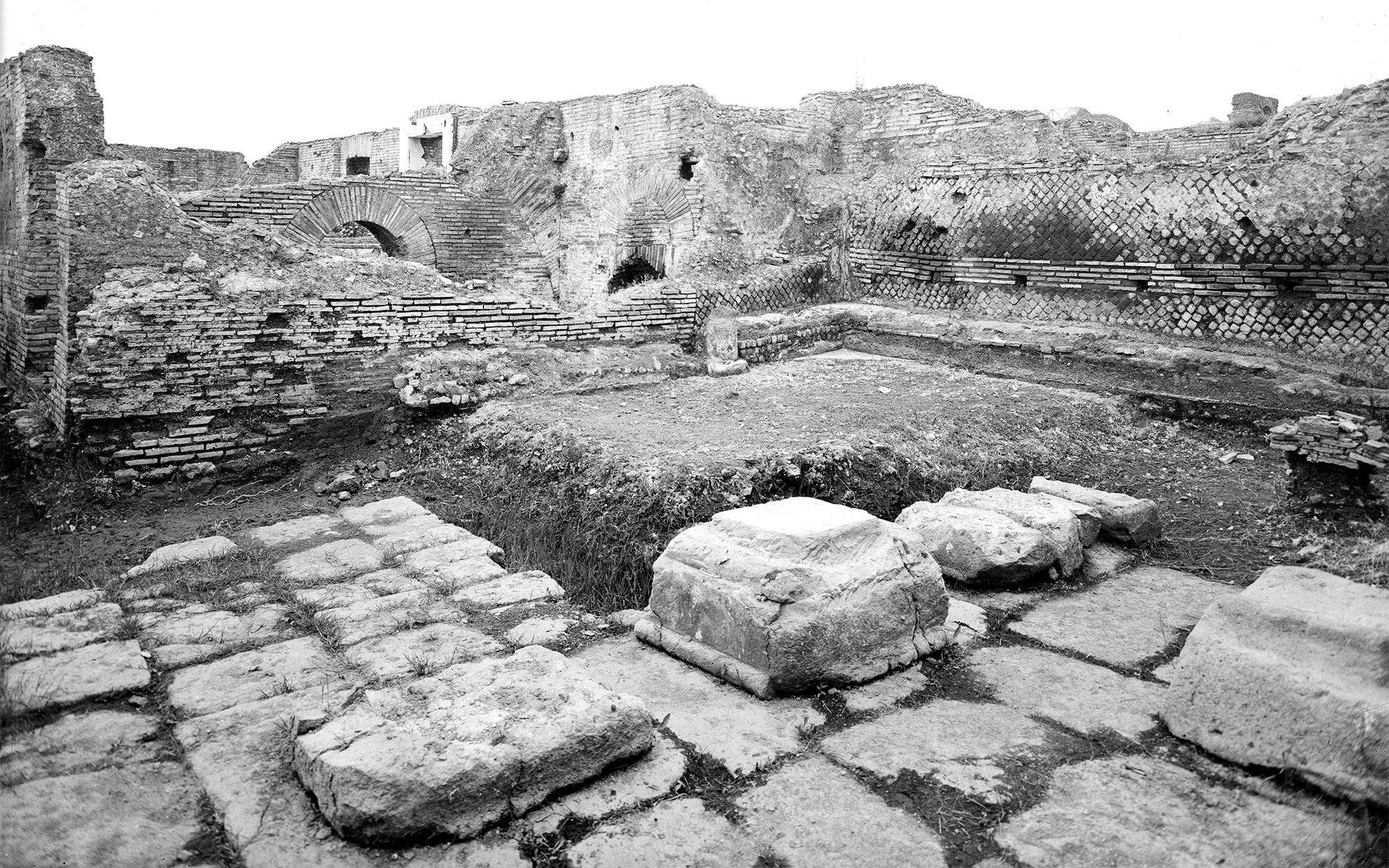 Four peperino altars were repositioned on the eastern side of the area, inside a rectangular enclosure (A); these were the object of special veneration.

The Temple of Hercules (B), and the so-called Tetrastyle Temple (C), perhaps dedicated to Asclepius, a god of health, date to the period between the late 2nd and early 1st century BC.

Hypothetical reconstruction of the elevation of the Tetrastyle Temple (C)
(A. Davico)

The third temple, known as the Temple of the Round Altar (D), stands in the south-west corner of the area and presents two construction phases dating to the 1st century BC and the 1st century AD respectively.