The area serving the river and the warehouse district 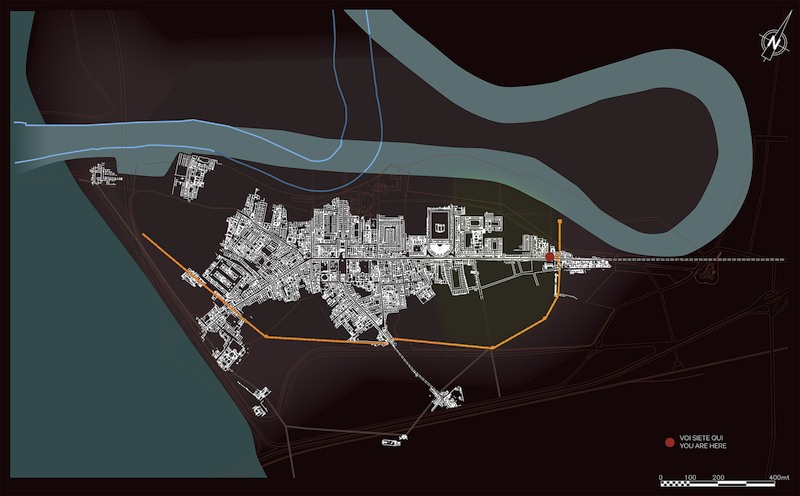 The location of this sector of the city, directly connected to the Tiber and the river port, led to the development of a warehouse district from the Republican period onwards: initially these were constructed only in the area south of the Decumanus since the area north of the road, used to load and unload goods, could not be built on at the time, as we know from the boundary stones of Caninius. Starting from the early Imperial period, large warehouse complexes were also erected in the area north of the Decumanus as part of a larger urban planning project that also involved the construction of public buildings like the Caserma dei Vigili (barracks of the fire brigade), baths and private houses, overlooking the street with monumental porticoes. There are also numerous warehouses in the other districts of the city, especially in the area next to the Tiber, forming part of an urban fabric that was also diversified from a functional point of view. 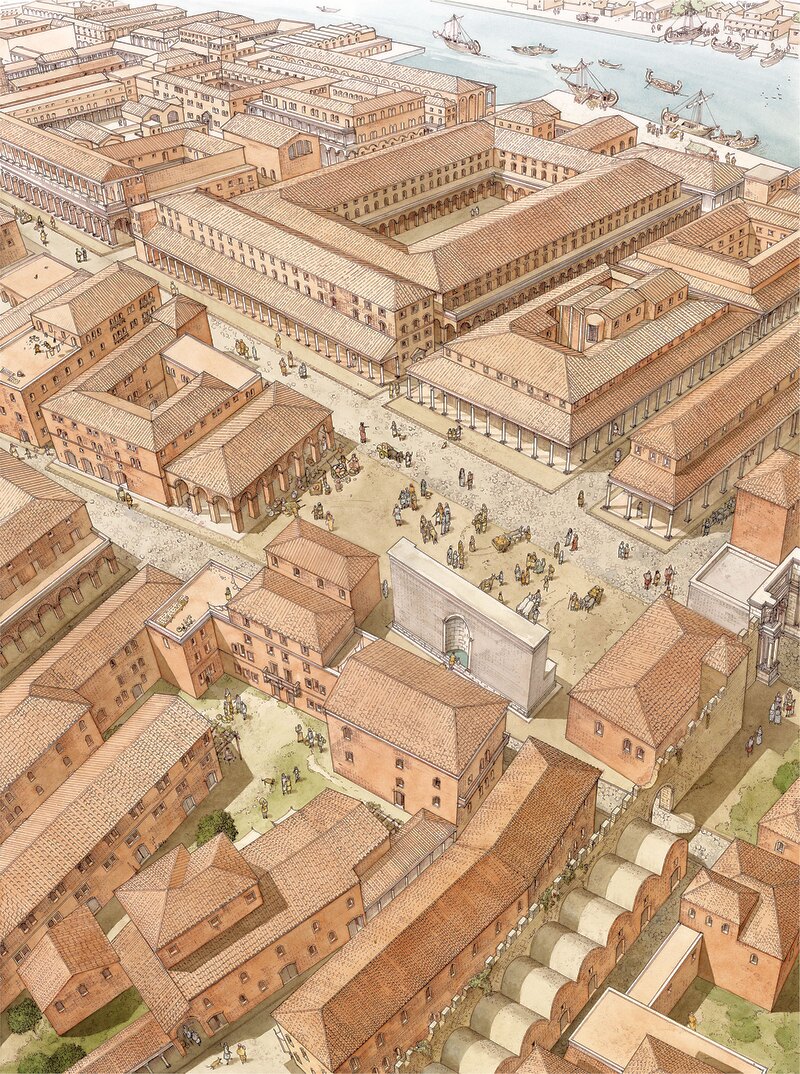 The area serving the rivernext