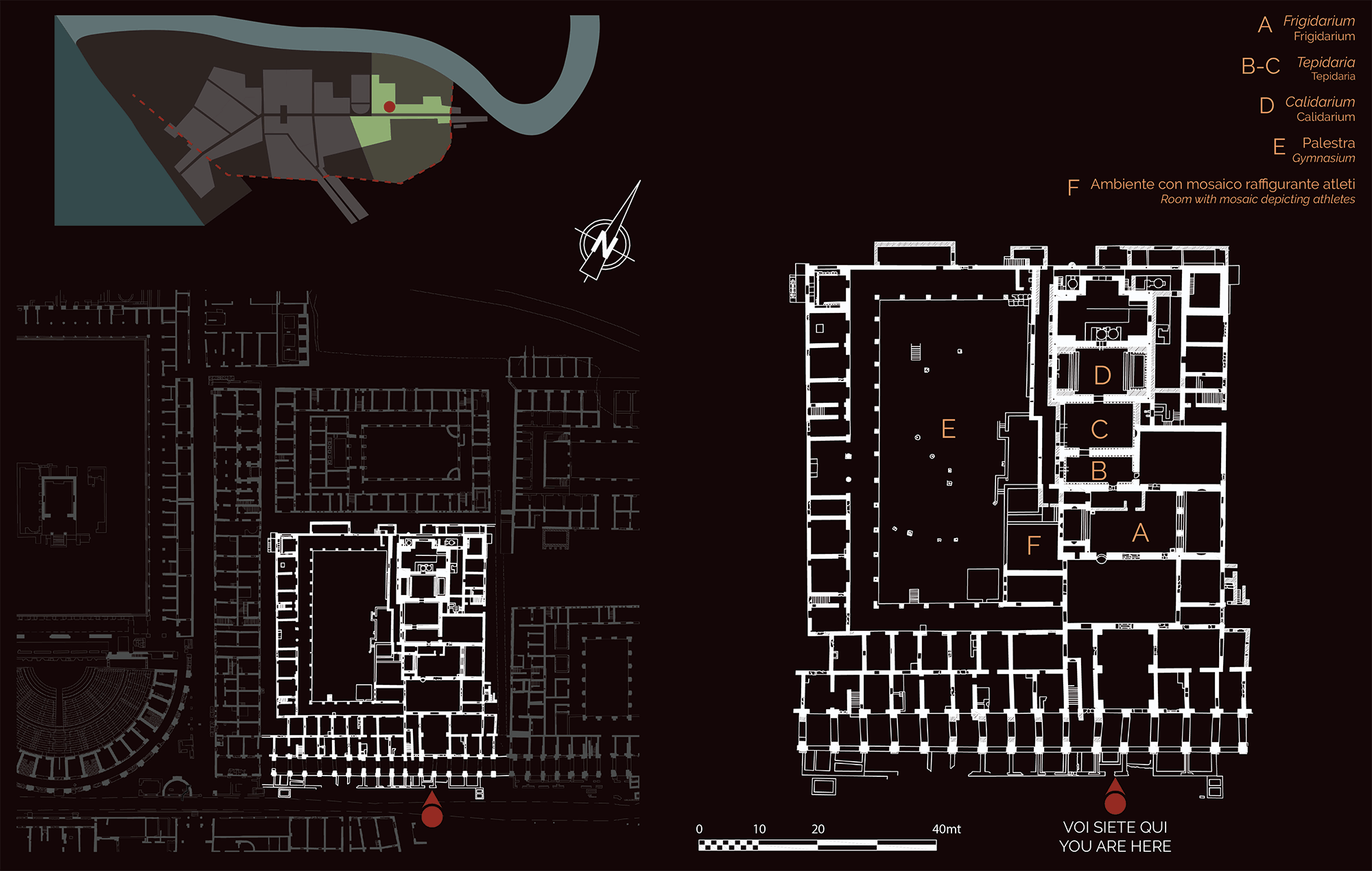 Connected to the Decumanus by an arcaded portico that monumentalized this side of the street, the baths date to the late 1st century AD but were rebuilt by the emperor Hadrian (AD 117-138) and completed in AD 139 by the emperor Antoninus Pius. 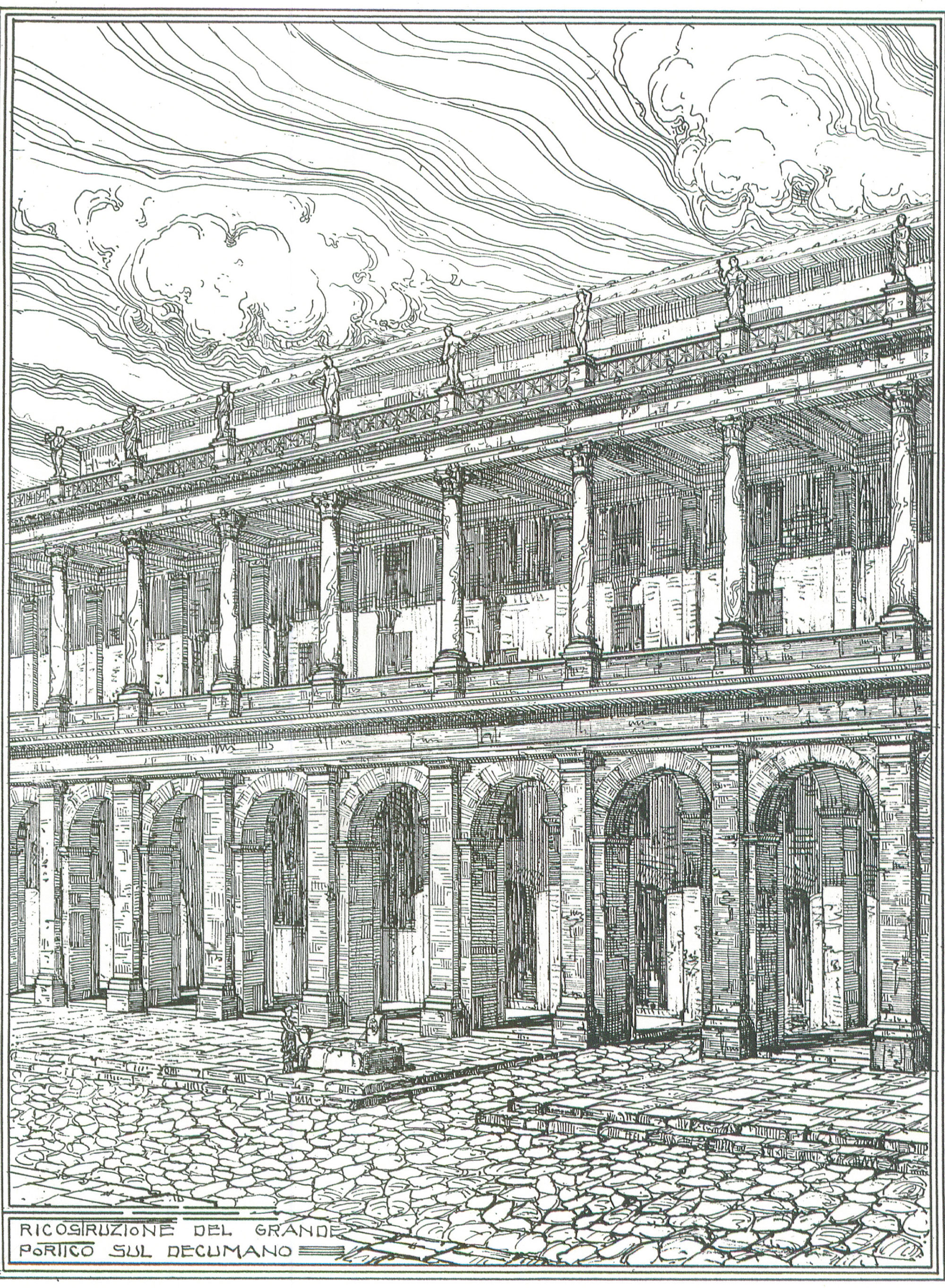 Reconstruction drawing of the portico on the Decumanus
(I. Gismondi)

Inside, visitors passed through two rooms decorated with figurative mosaics to reach the frigidarium (room for cold baths) (A), with basins and a mosaic floor. From the latter they then moved into the heated rooms, two tepidaria (B-C) and a calidarium (D) the latter with basins for hot baths.

The western sector of the complex was occupied by the open space of the gymnasium (E), surrounded by a marble colonnade, where sporting activities took place. Finally, the upper floors of the building hosted residential apartments with independent entrances.

The baths were renovated up to the 4th century AD.