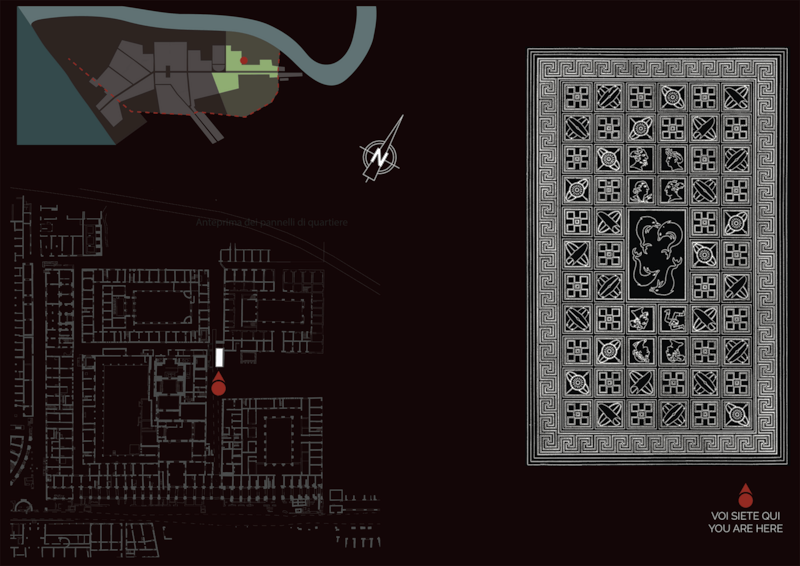 Archaeological soundings beneath the road, dating to the early 2nd century AD, brought to light a bath complex of the period of Claudius (AD 41-54) whose size is impossible to determine.

The only portion still visible is a fine black and white mosaic presenting panels with depictions of weapons and geometrical motifs enclosed within a meander border.

The central area is adorned with a panel containing depictions of dolphins, flanked by the personifications of the Provinces (Spain, Sicily, Egypt and Africa) and of the winds, symbolized respectively by women’s heads and men’s heads. 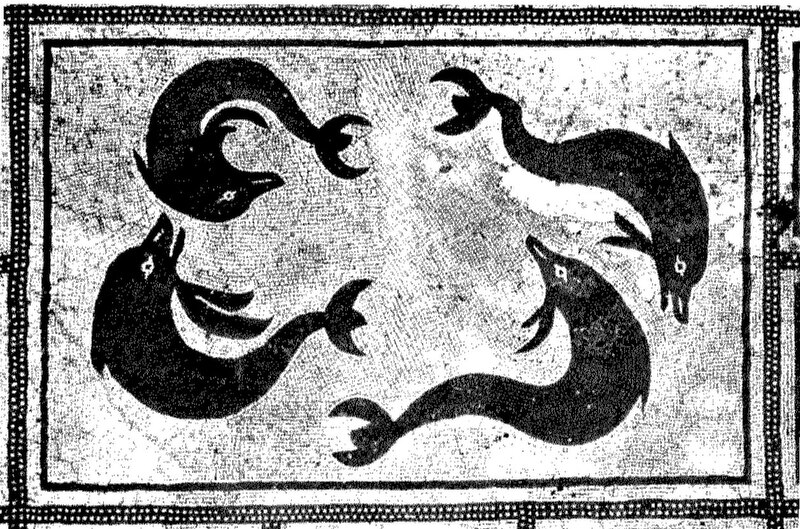 Detail of the central panel of the mosaic with dolphins

The figurative motifs probably allude to the development of maritime trade between the provinces of the western Mediterranean and Rome following the construction of the port of Claudius.