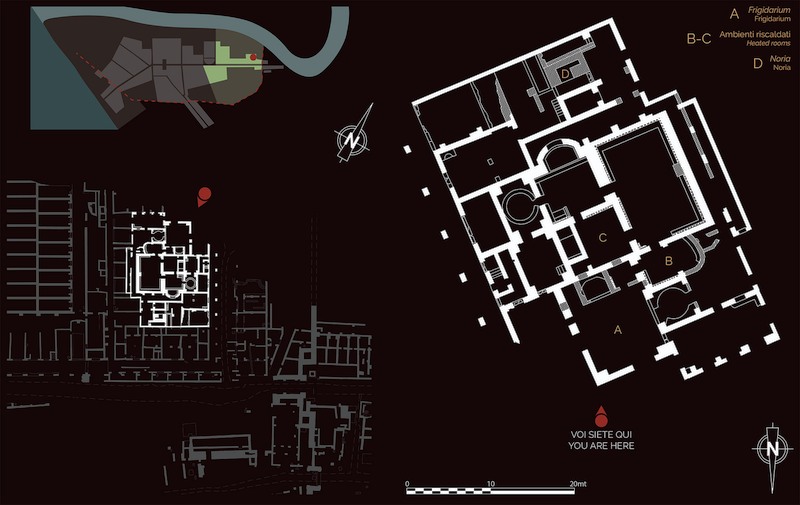 Built in the first half of the 2nd century AD, these baths probably belonged to the guild of the Cisiarii (carriage drivers).

The northern part was occupied by the frigidarium (room for cold baths) (A) whose original mosaic floor survives, depicting two concentric wall circuits within which are marine scenes and scenes of the life of carriage drivers.

Reconstruction drawing of the stucco decoration as it was being executedTwo rooms located at the centre of the complex (B-C) were heated and decorated with figurative mosaics, belonging both to the original phase and to later periods.

The decoration was completed by fine figurative stucco reliefs on the walls and ceilings, found in a fragmentary state.

A noria (wooden water wheel) (D), discovered in the southern part of the complex, served to draw up and distribute the groundwater needed for the baths to function.