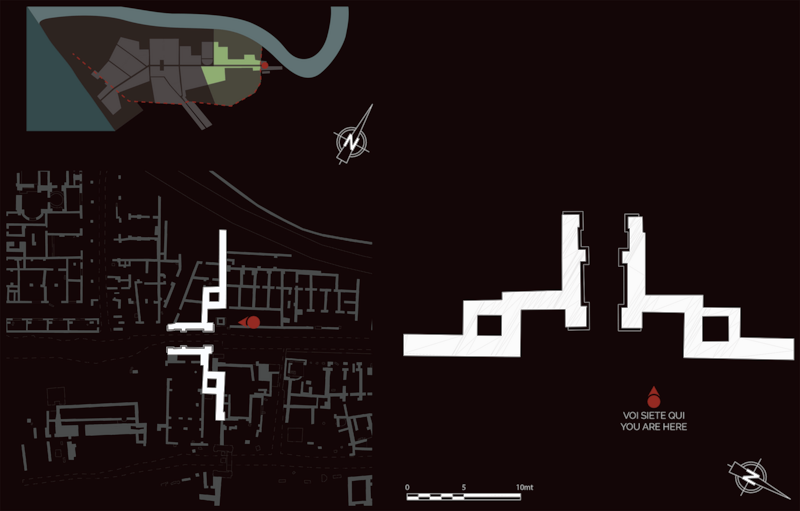 The walls were built in around the mid-1st century BC and surrounded the town on three sides (enclosing an area of ca. 69 hectares), whilst to the north the city also developed on the other side of the river. There were three gates, flanked by square towers. The entrance to the city from the Via Ostiensis was through the gate so-called Porta Romana, consisting of two rooms that were originally at a much lower level than today.

The gate was built of tufa blocks covered by a marble decoration that still survives in part. On either side of the gate, on the front of the attic, was an identical inscription commemorating the construction of the walls, flanked by statues of Minerva-winged Victory; one original statue survives and is in the Museo Ostiense whilst a copy can be seen in the adjacent square. 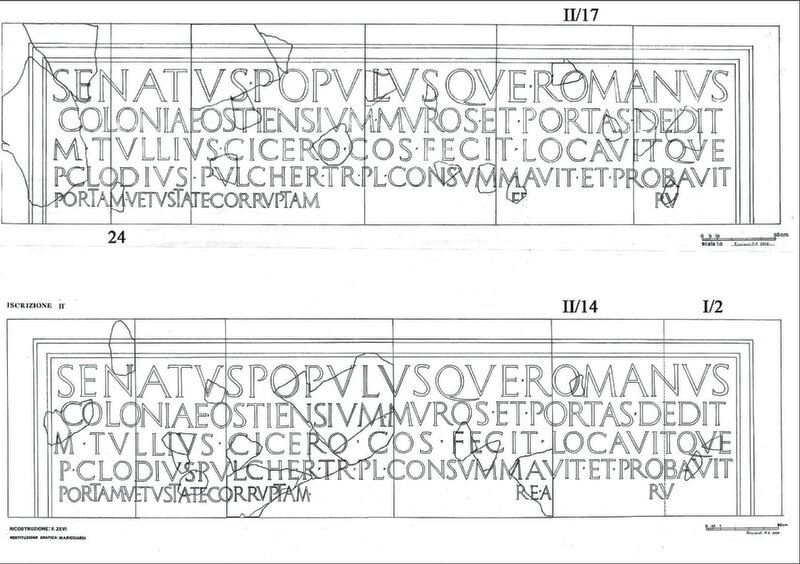 Proposed reconstruction of Porta Romana inscription
(F. Zevi, M.A. Ricciardi)
The Senate and the people of Rome decided to build the walls of the colony at Ostia.
Marcus Tullius Cicero began work and contracted it out
Publius Clodius Pulcher, tribune of the people, completed and inspected it. The gate, damaged by time...