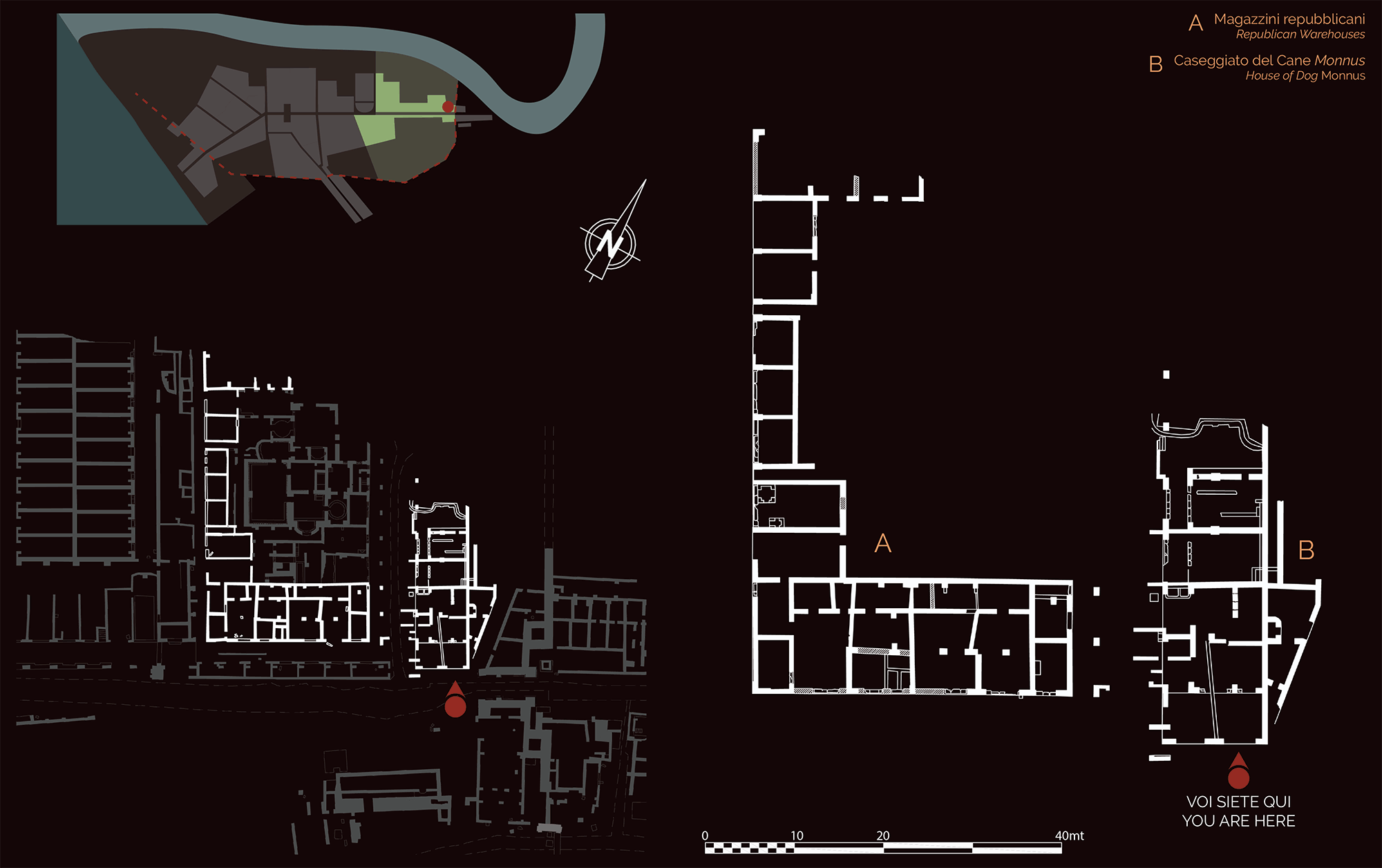 Axonometric reconstruction of the warehouses

The commercial complex was built at the end of the 1st century BC, probably in connection with the river port to its north. During the first phase, it consisted of a rectangular building in opus quasi reticulatum surrounded by a portico with tufa pillars (A). Also connected to the warehouses was the Caseggiato del Cane Monnus (B), which had tabernae (shops) opening onto a portico.

In the Imperial period, the warehouses underwent a series of radical alterations, the most important of which was the transformation of their northern part into the Terme dei Cisiarii; the original internal level, lower than that of the surrounding buildings, probably remained unchanged.