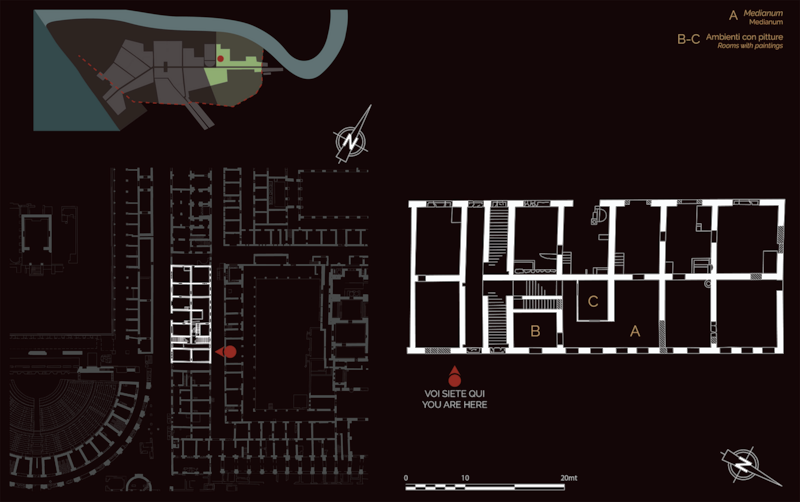 This insula (apartment building) occupies the central part of a block of the Hadrianic period (AD 117-138), used for both residential and commercial purposes. It developed on three or four storeys, accessed from outside stairs.

The house was reached from the street through a covered passage; it was arranged around a medianum (central vestibule) lit by tall windows (A), with the rooms opening onto it (B-C).

Over time, the insula underwent transformations that involved the creation of small independent apartments.

The painted decorations on the walls and one ceiling, still preserved in two rooms, may date to a renovation in the late 2nd century AD; they reflect the refined taste of the patrons of this period. 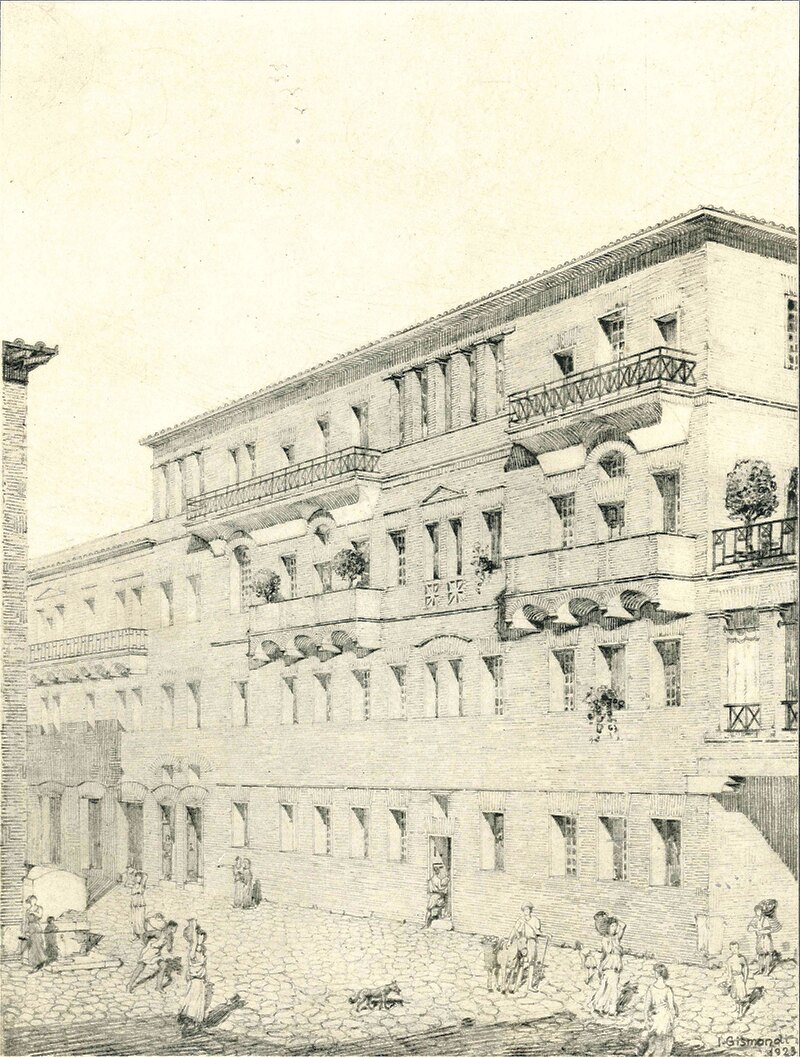 Reconstruction drawing of the façade of the insula
(I. Gismondi)