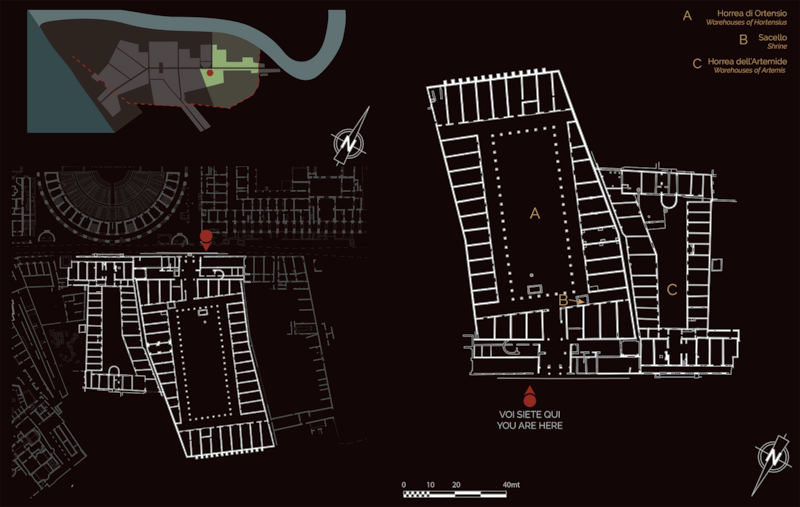 The Horrea (warehouses) of Hortensius (A), perhaps built in the late Republican period (1st century BC), are one of the most ancient examples of such buildings in Ostia and maintained their original level over time.

They have a large internal courtyard, surrounded by tufa columns, onto which open the cellae (rooms for storing goods) in opus reticulatum.

Between two cellae was a small temple (B) built by Lucius Hortensius, the captain of the fleet at Misenum, who is named on the mosaic floor. 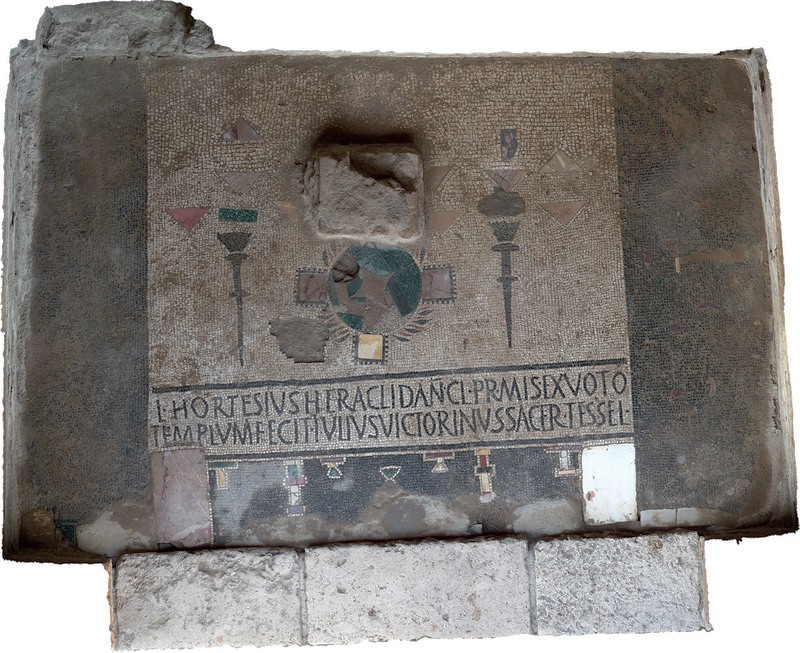 Mosaic floor of the shrine (B), with a solar disk in marble and torches at the sides
(Studio 3R)
L. Hortensius Heraclides (?), captain of the praetorian fleet at Misenum, had the small temple built in fulfilment of a vow. The priest Julius Victorinus had the mosaic laid at his own expense.

The nearby Horrea of Artemis (C), so-called after the discovery of a painting representing the goddess and built in the Trajanic period (AD 98-117), also have an internal courtyard; they were installed over an earlier building of commercial nature, telling us that the area was used predominantly for the storage of goods already in the 1st century BC.