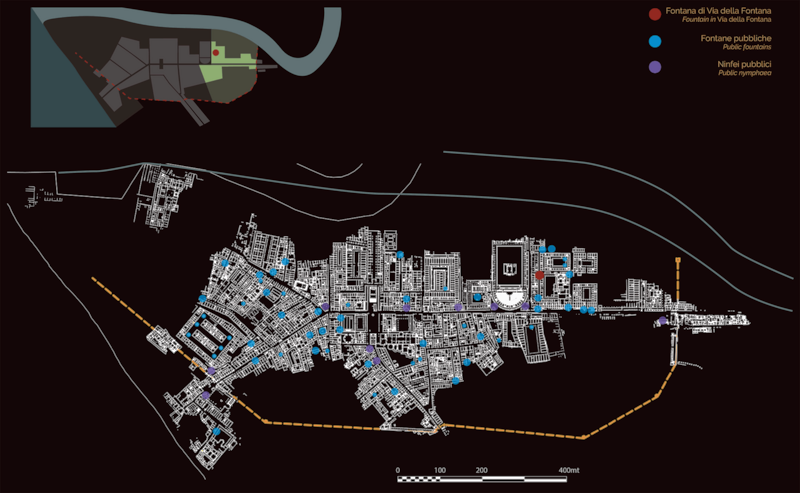 After the construction of the city’s aqueduct in the 1st century AD, Ostia was provided with a series of water fountains, distributed among both public areas and the communal spaces of buildings.

The appearance of these fountains varied depending on their location and visibility: in the city squares and along the main streets monumental nymphaea and fountains, whilst along the smaller lanes and inside buildings, the simpler “trunk-shaped” fountains were preferred, so-called for the characteristic shape of their roof. 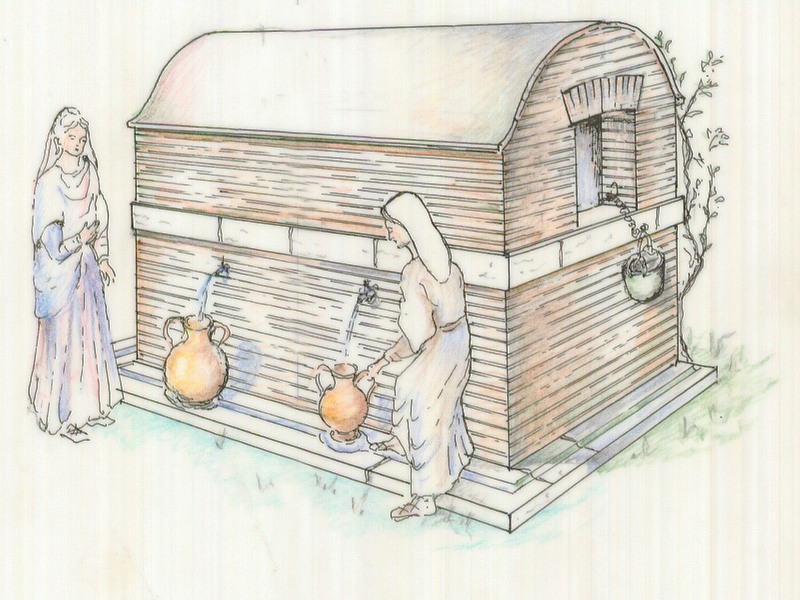 This type of fountain, of which numerous examples survive in Ostia, is characterized by the presence of a basin (A) covered with a barrel vault and accessed through a little window (B) and in this case connected to a tank at the back (C): water could be drawn through the opening using pails or from the two spouts at the front, beneath which purpose-made depressions (D) in the floor allowed for the correct positioning of the recipients. 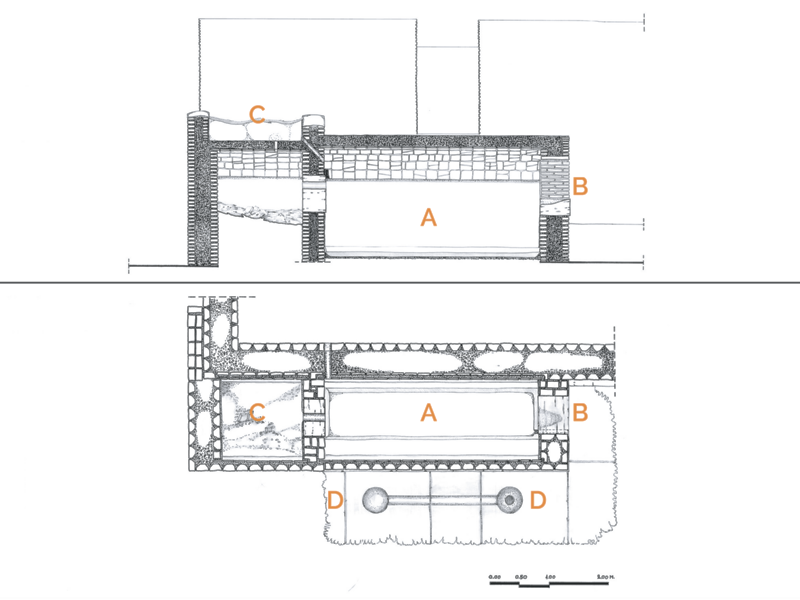 Section and plan of the fountain in Via della Fontana
(S. Pittas, K. Mountzouridis, D. Kunavos)
A) Basin; B) Aperture for drawing water; C) Tank; D) Depressions for the positioning of the recipients.