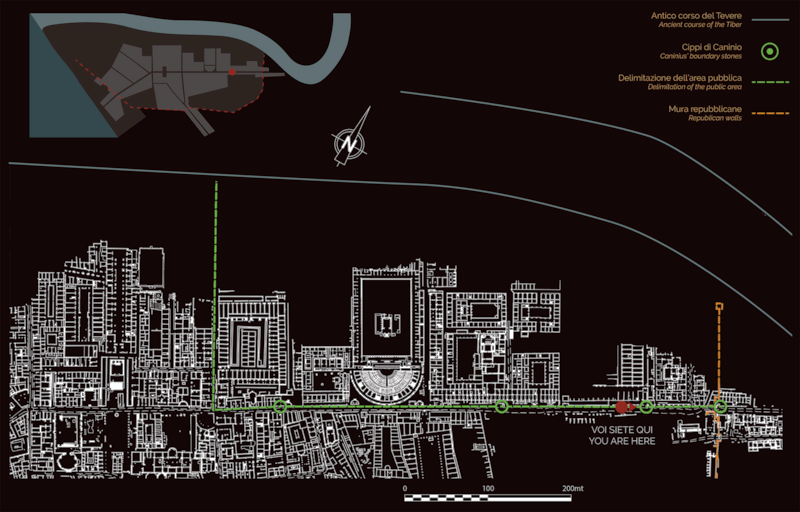 The travertine boundary stones that took their name from the praetor Gaius Caninius delimited an area of public land between the Tiber and the Decumanus in the eastern sector of the city. Set aside for the unloading, transportation and storage of goods, a prohibition against the construction of private buildings was in force in the area. The boundary stones date to the late Republican period, around 140 BC, and are evidence of the enlargement of the port of Ostia in connection with the economic and social reforms of the Gracchi. The gradual raising of the street level and the occupation of this strip of public land by the complexes of the Imperial period led to the boundary stones definitively losing their function. 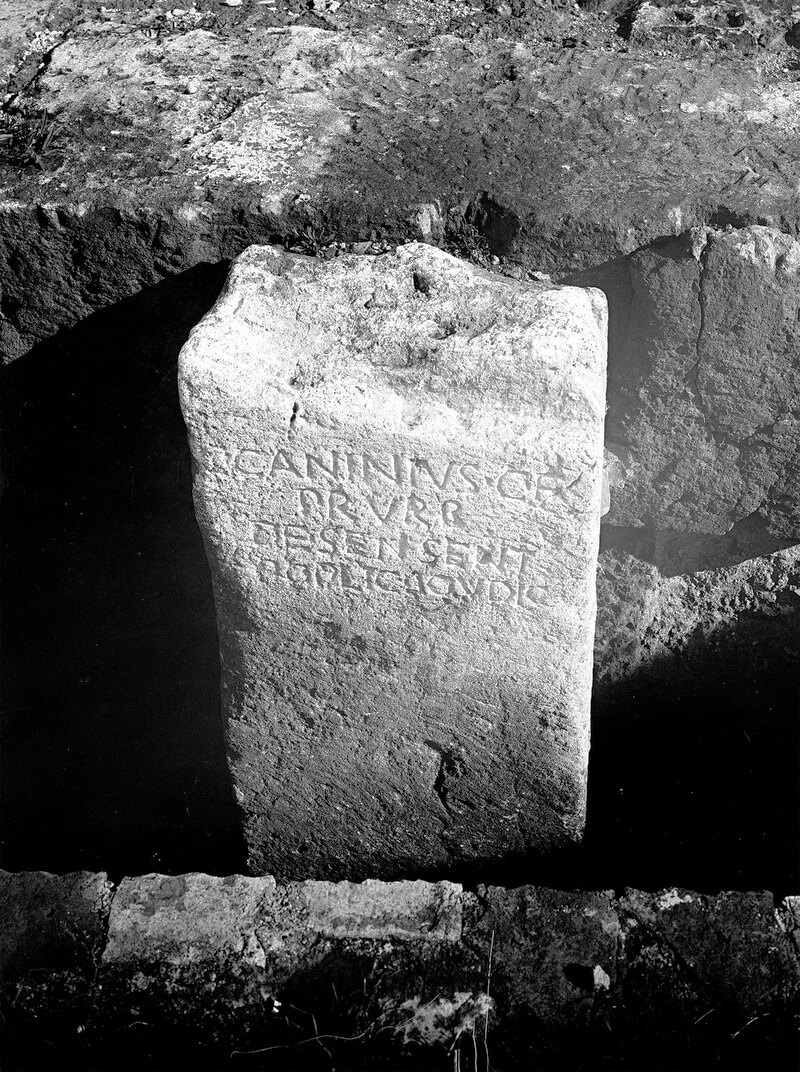 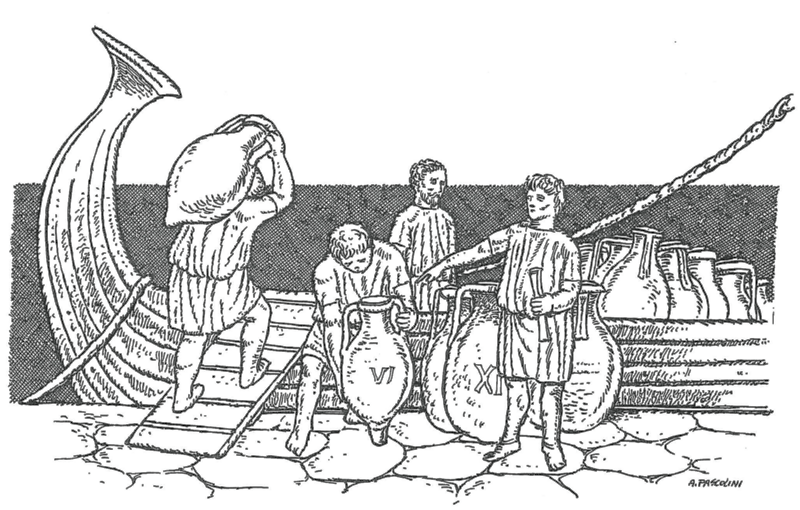 Scene of goods being unloaded from a river boat
(A. Pascolini)