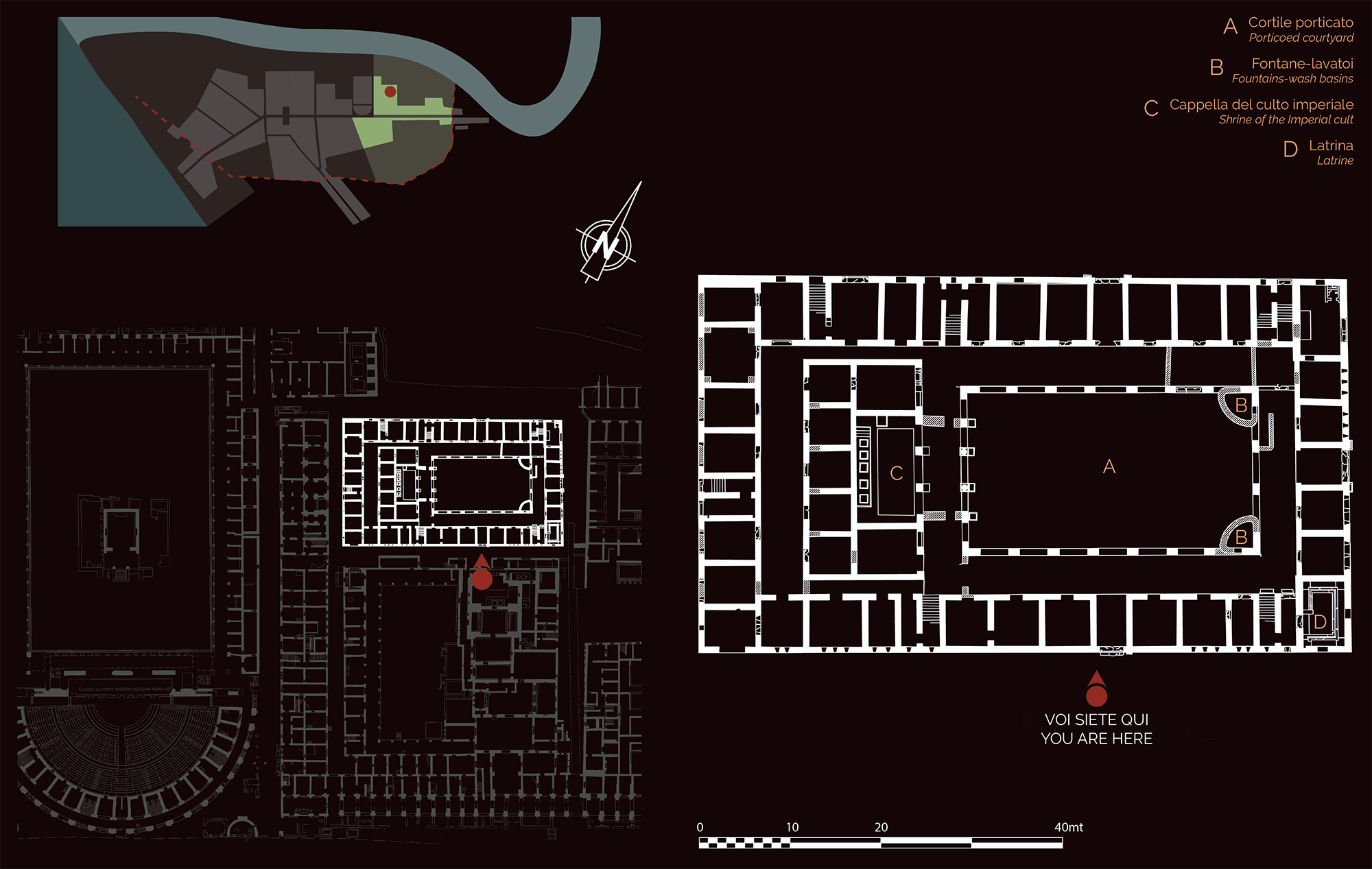 The imposing barracks reflect the importance attached in the city to the vigiles (fire brigade), who acted both as the town’s police force and as fire fighters, safeguarding the warehouses and their contents.

Reconstruction drawing of the interior of the barracks (A)
(I. Gismondi)

The barracks were built in the late 1st century AD when a permanent fire brigade was established at Ostia. However, the layout visible today dates from the transformations that affected the entire district in the Hadrianic period (first half of the 2nd century AD).

The complex, at least two storeys high, had a porticoed courtyard (A) onto which opened the fire fighters’ rooms and the wash basins (B); at the back was a shrine for the imperial cult (C), built in monumental form in the early 3rd century AD. The corner room, a latrine (D), was embellished with a shrine dedicated to Fortuna.