Home / Educational panels / The area of the theatre / Theatre / 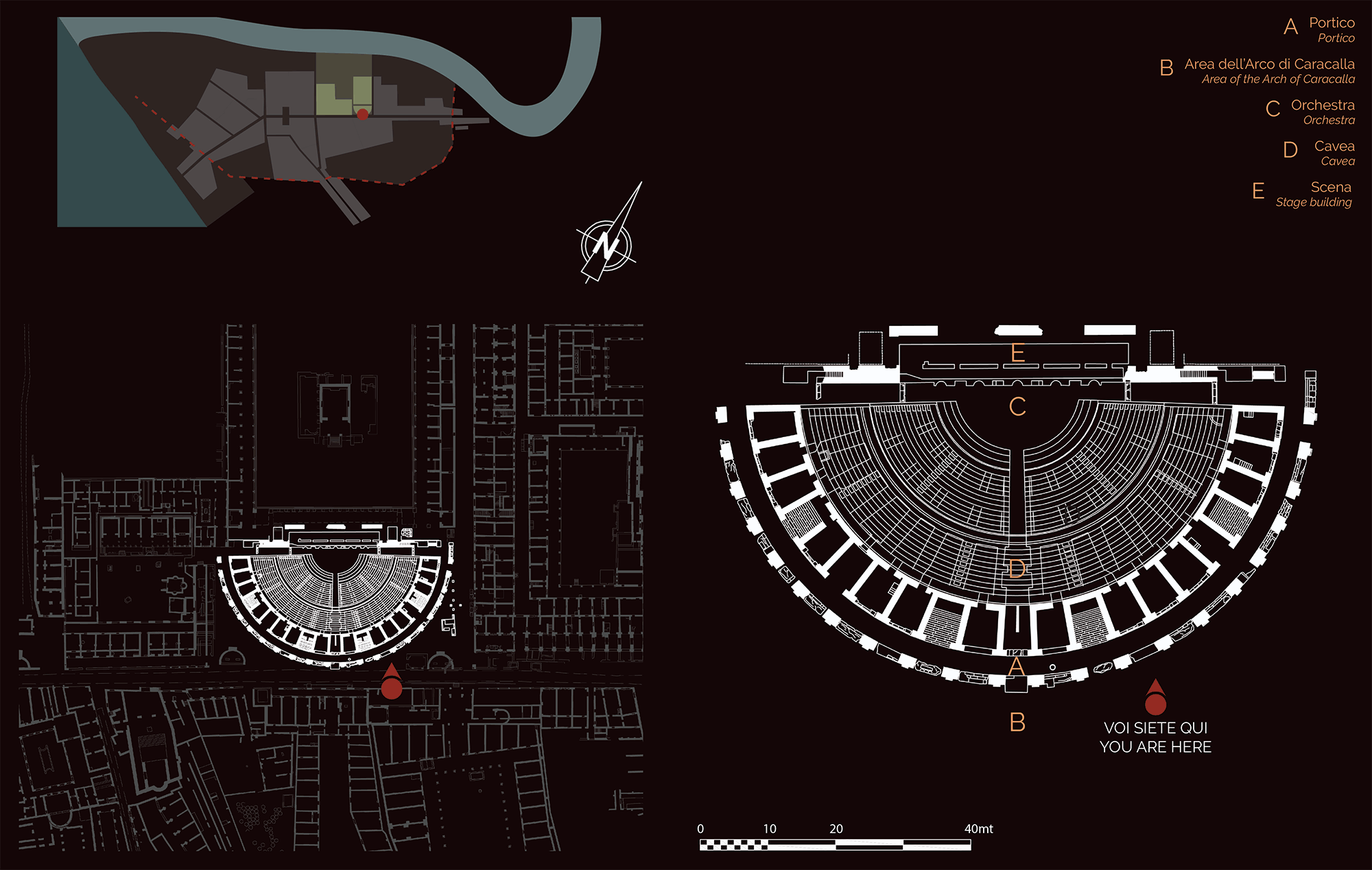 The theatre, one of the most ancient to be made of brick, was built in the last years of the 1st century BC, as attested by the inscription mentioning Agrippa, the son-in-law of Augustus; it was enlarged in the late 2nd century AD to hold 4000 spectators.

A portico with shops (A) opened towards the Decumanus, over which an arch in honour of the emperor Caracalla was built in AD 216 next to the theatre entrance (B). This entrance, whose ceiling was decorated with stucco reliefs, led to the marble-paved orchestra (C), which could also be reached along two side corridors (parodoi).

In the late Imperial period, a marble parapet was built to isolate the cavea (stepped seating) (D) from the orchestra during aquatic spectacles.

The stage (E) was embellished with niches and some marble decorations (including the theatrical masks) that originally belonged to the stage building still survive. 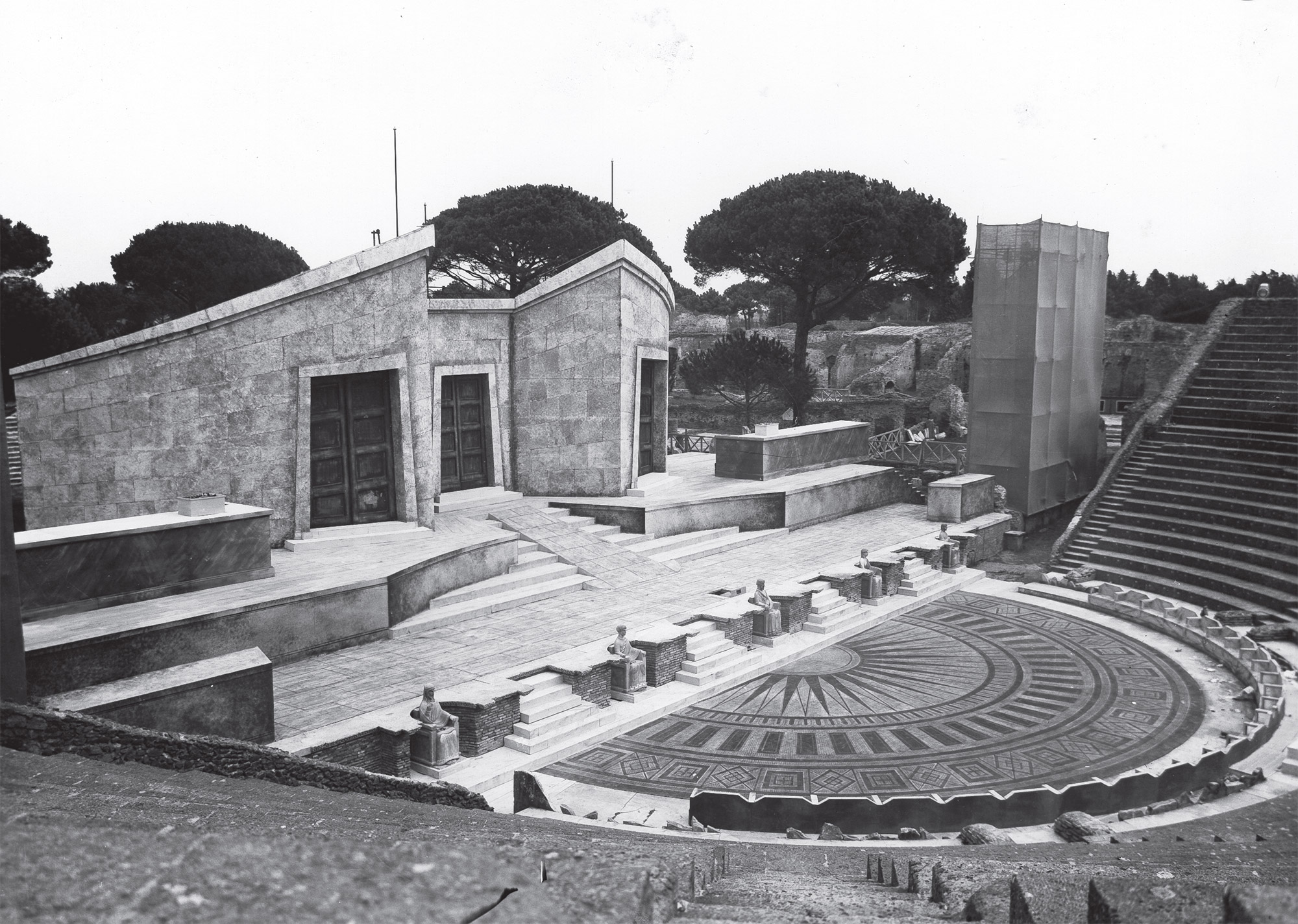