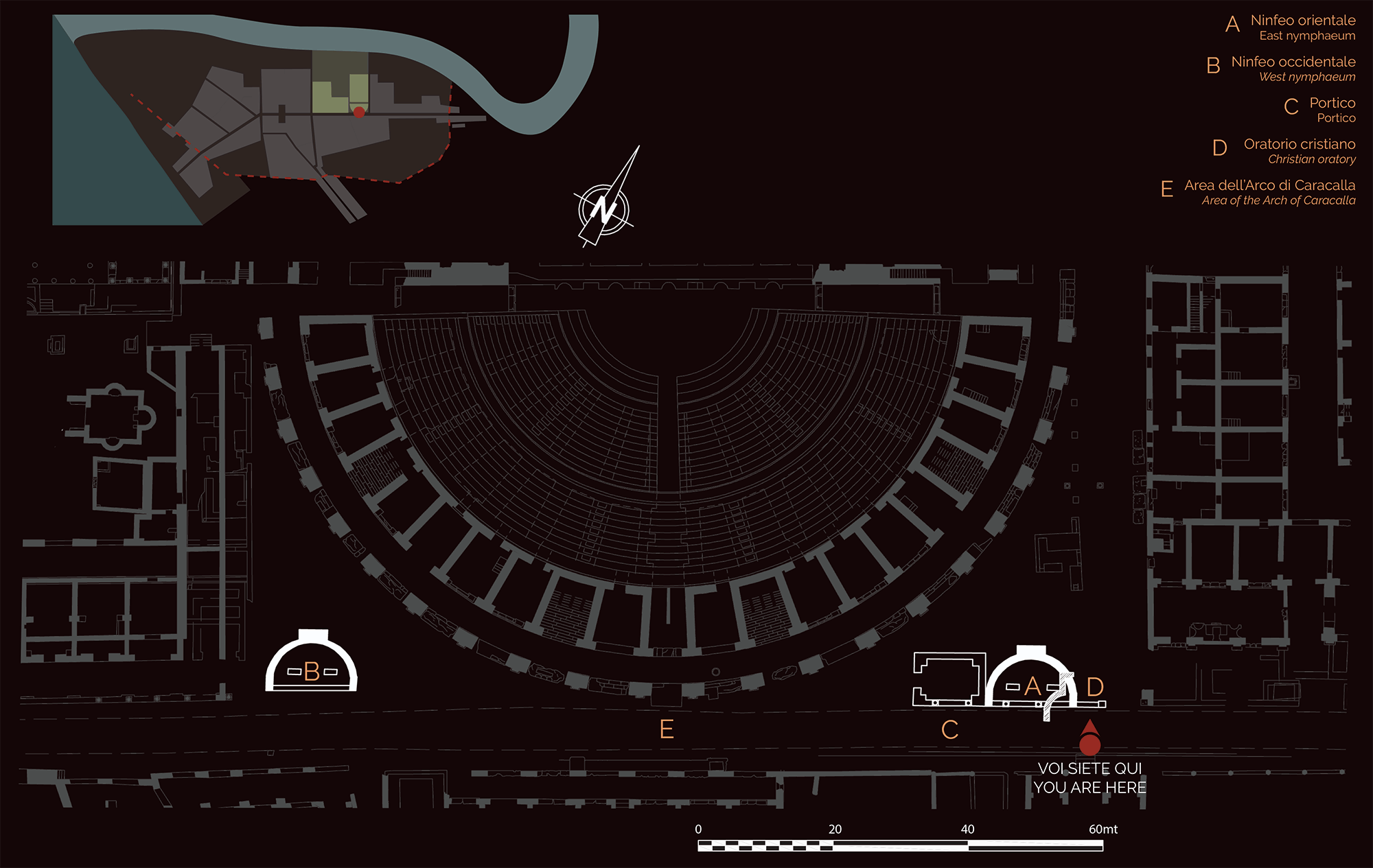 Built to adorn the front of the theatre already during the Domitianic period (late 1st century AD), the two twin nymphaea (A-B) had a semi-circular plan and were incorporated into a small later portico with marble columns (C).

An oratory (one of Ostia’s few Christian buildings) was installed in the east nymphaeum in the 4th-5th century AD; it consisted of a chamber with an apse and was made of reused bricks (D). The oratory was built to commemorate the martyrs of Ostia (including St Aurea and St Cyriacus), killed in AD 269 near the arch of Caracalla (E) that stands in front of the theatre. It maintained its religious function until the medieval period, when the town was already in ruins.