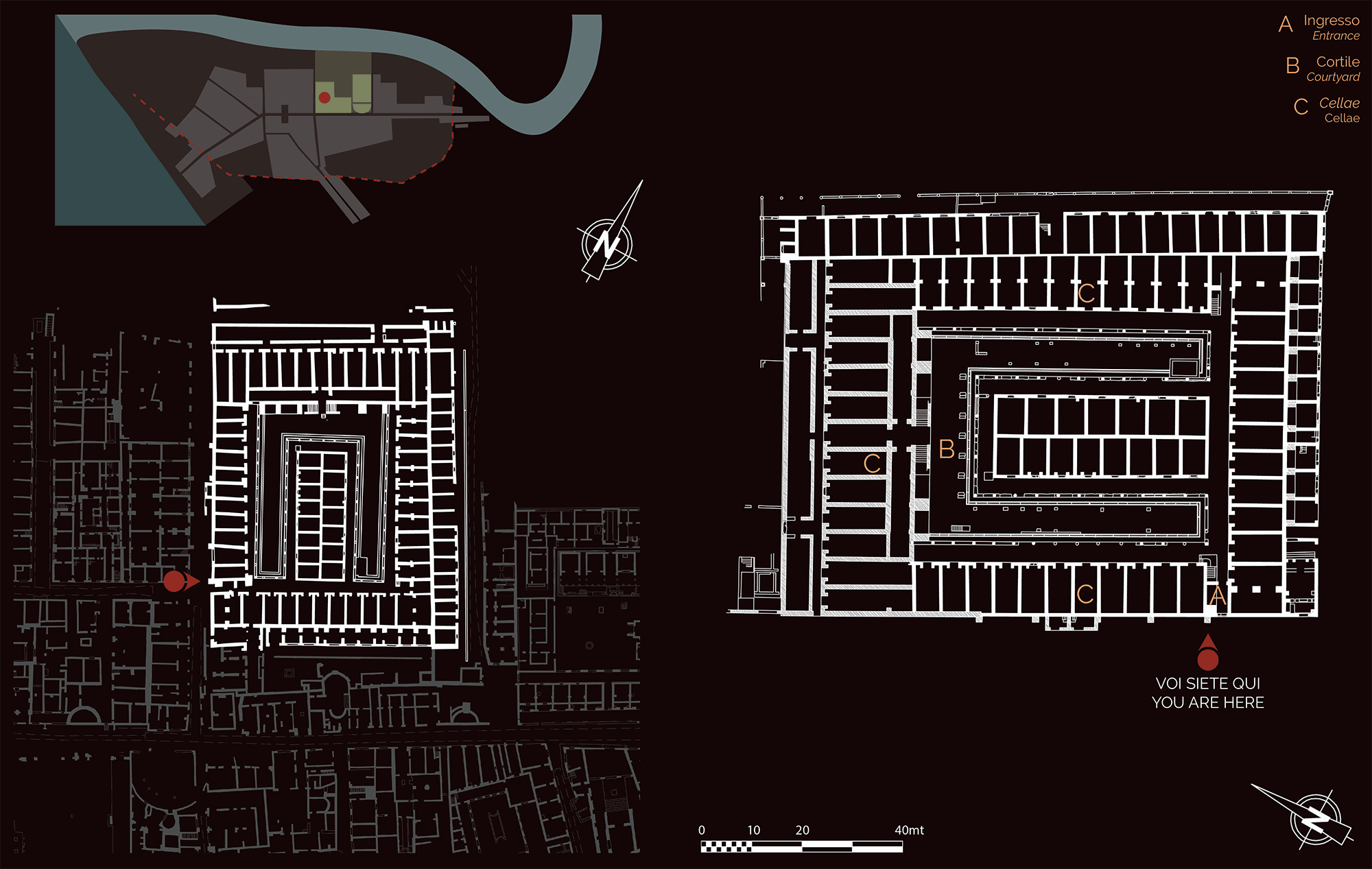 Ostia’s largest commercial building is traditionally dated to the period of the emperor Claudius (AD 41-54), though recent studies have proposed an initial date in the 1st century BC. It had a porticoed courtyard with tufa columns (B), around which the cellae (storage rooms) (C) were arranged on three sides. 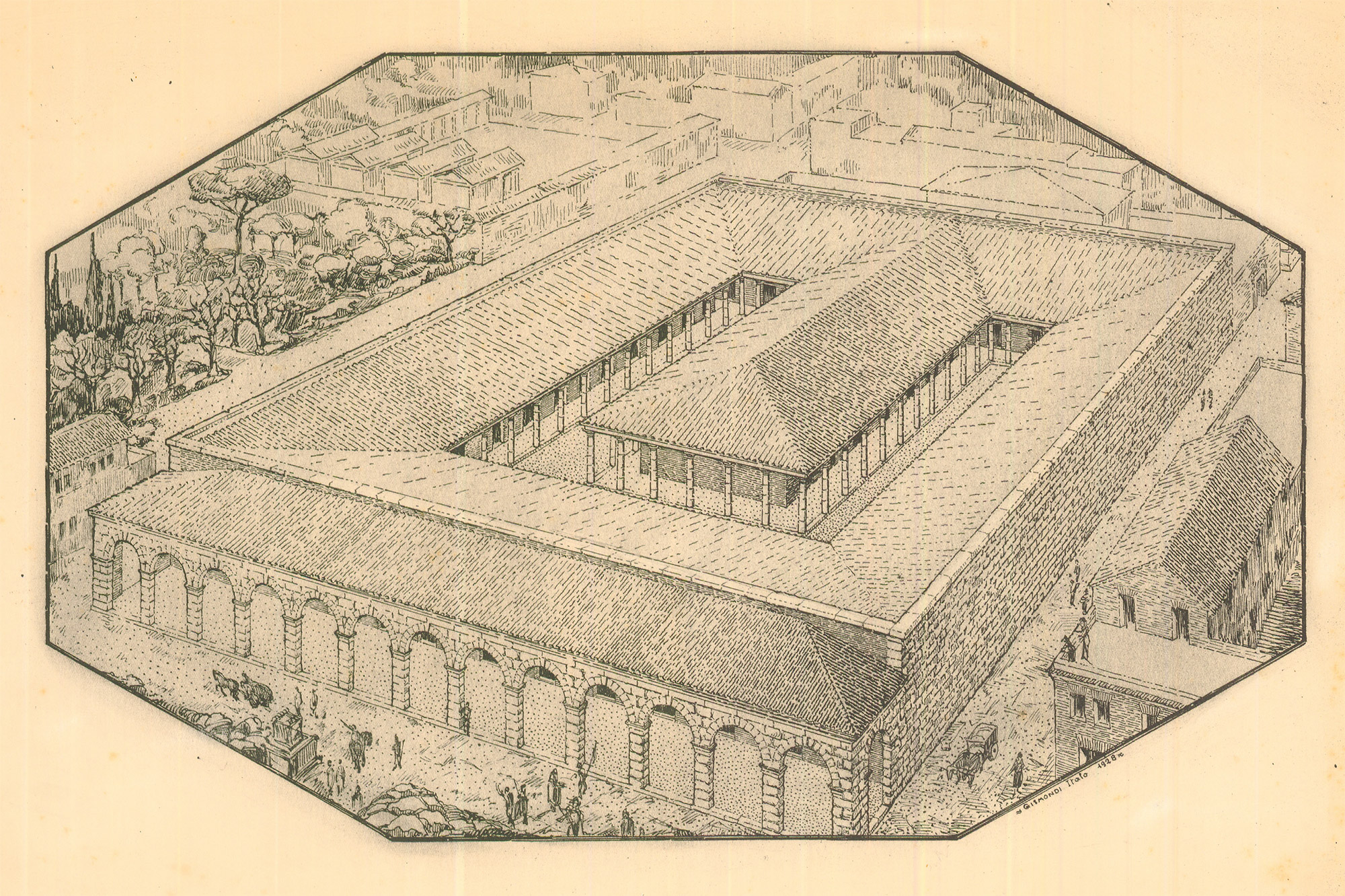 Reconstruction drawing of the Horrea seen from the north
(I. Gismondi)

It was completely rebuilt between the late 2nd century and the early 3rd century AD, when the brick walls were renovated, two parallel rows of cellae were added in the centre of the courtyard and the second storey was built.

At this time, the floors of all the cellae were raised using suspensurae (little brick pillars), thus creating a space that insulated the grain stored here from damp.