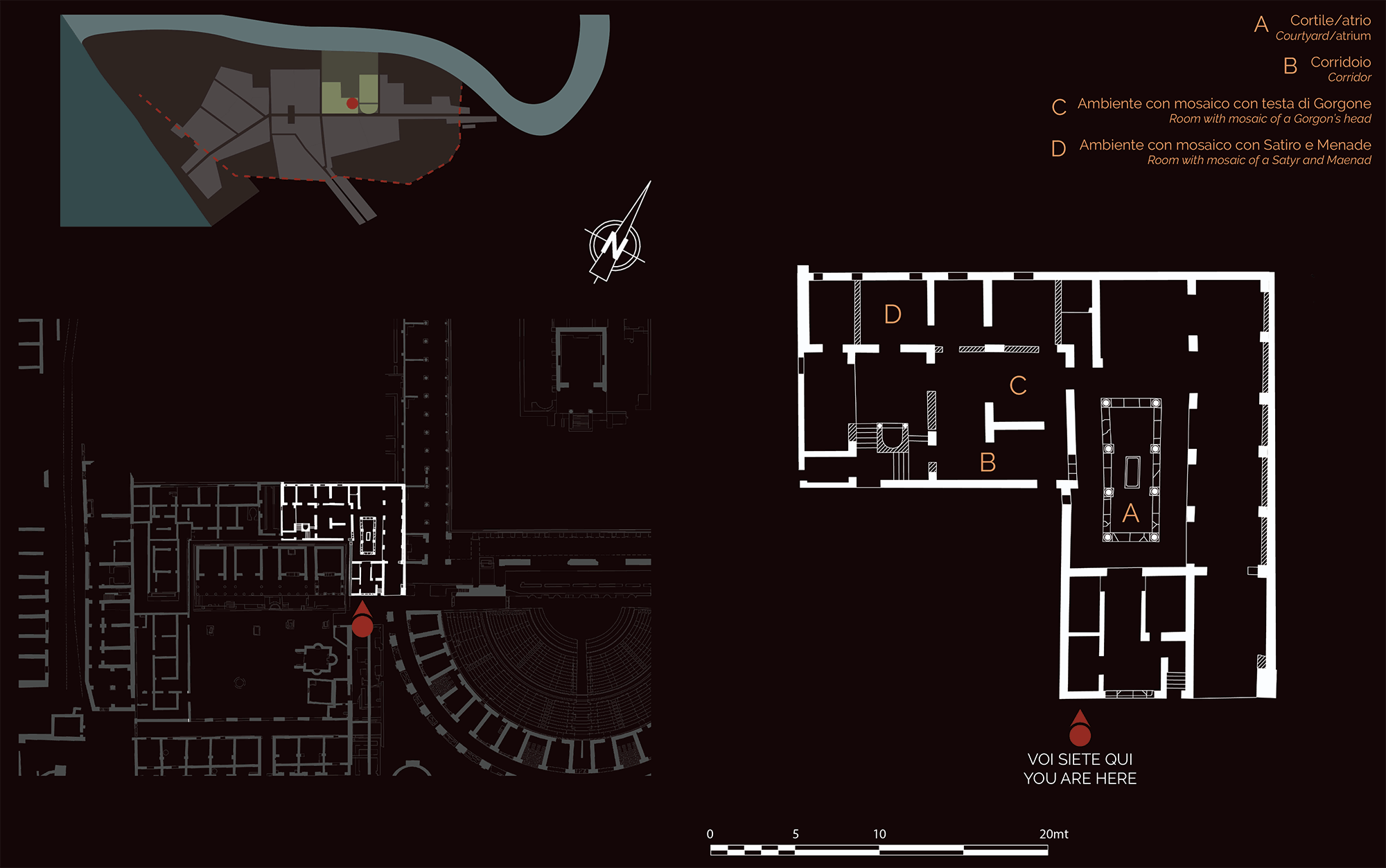 Different construction phases can be seen in the house, the first of which has been connected to the nearby small temples of the late Republican period and may have belonged to the individual who built them, Publius Lucilius Gamala.

The brick building now visible can be dated to around the mid- 2nd century AD: the inscription preserved on a fistula (lead water pipe) names the owner of the house during this phase as Lucius Apuleius Marcellus, perhaps to be identified as the author of the Metamorphoses, a famous literary work of the 2nd century AD.

The domus (house) had a courtyard (A) aligned with the entrance, which takes the form of an atrium with eight Corinthian columns and an impluvium (central basin), with a row of rooms opening onto it to the east whilst other rooms were arranged in the west wing.

Most of the rooms had mosaic floors.