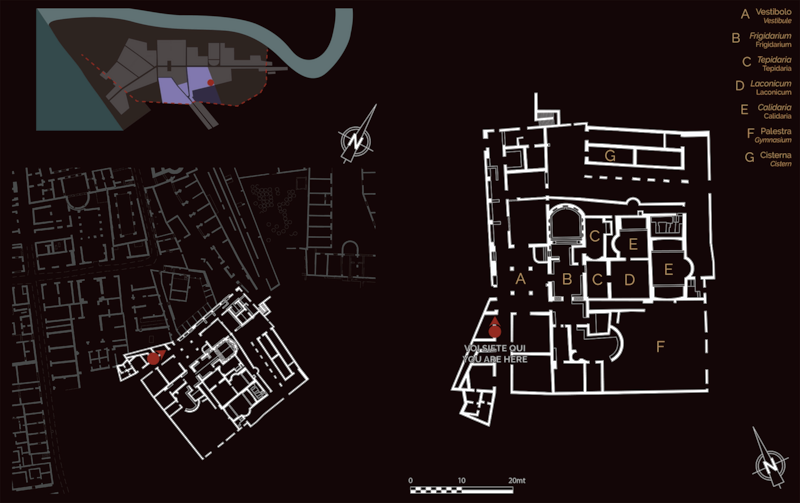 Built in the late Flavian period (late 1st century AD), the baths underwent significant transformations during the 2nd century and were then precociously abandoned in the mid-3rd century AD.

The entrance corridor built through the nearby Sanctuary of the Bona Dea led into a vestibule (A) giving access both to the gymnasium sector and the bath rooms.

A visit to the baths began in the frigidarium (room for cold baths) (B), which has a mosaic floor depicting a swimmer. This was followed by two tepidaria (rooms for warm baths) (C), one of which was decorated with stucco reliefs, a laconicum (steam room) (D) and two calidaria (rooms with hot baths) (E).

A large two-storey cistern (G) guaranteed the baths’ water supply; they were also fed by the city aqueduct through lead pipes. 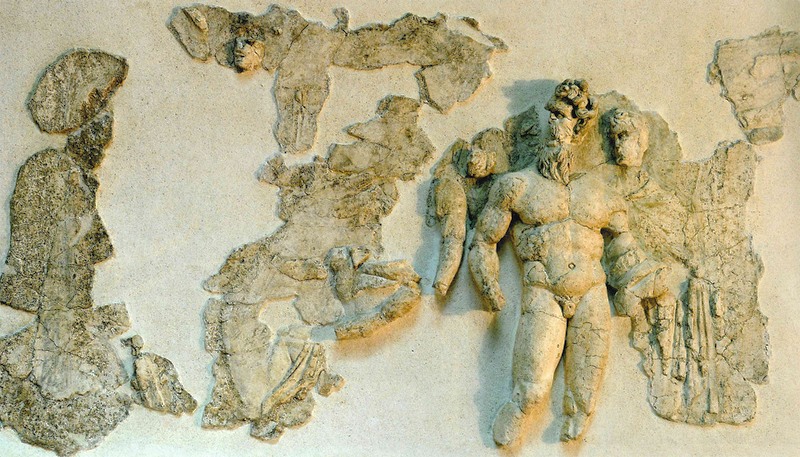 Detail of the stucco decoration of the ceiling of the tepidarium