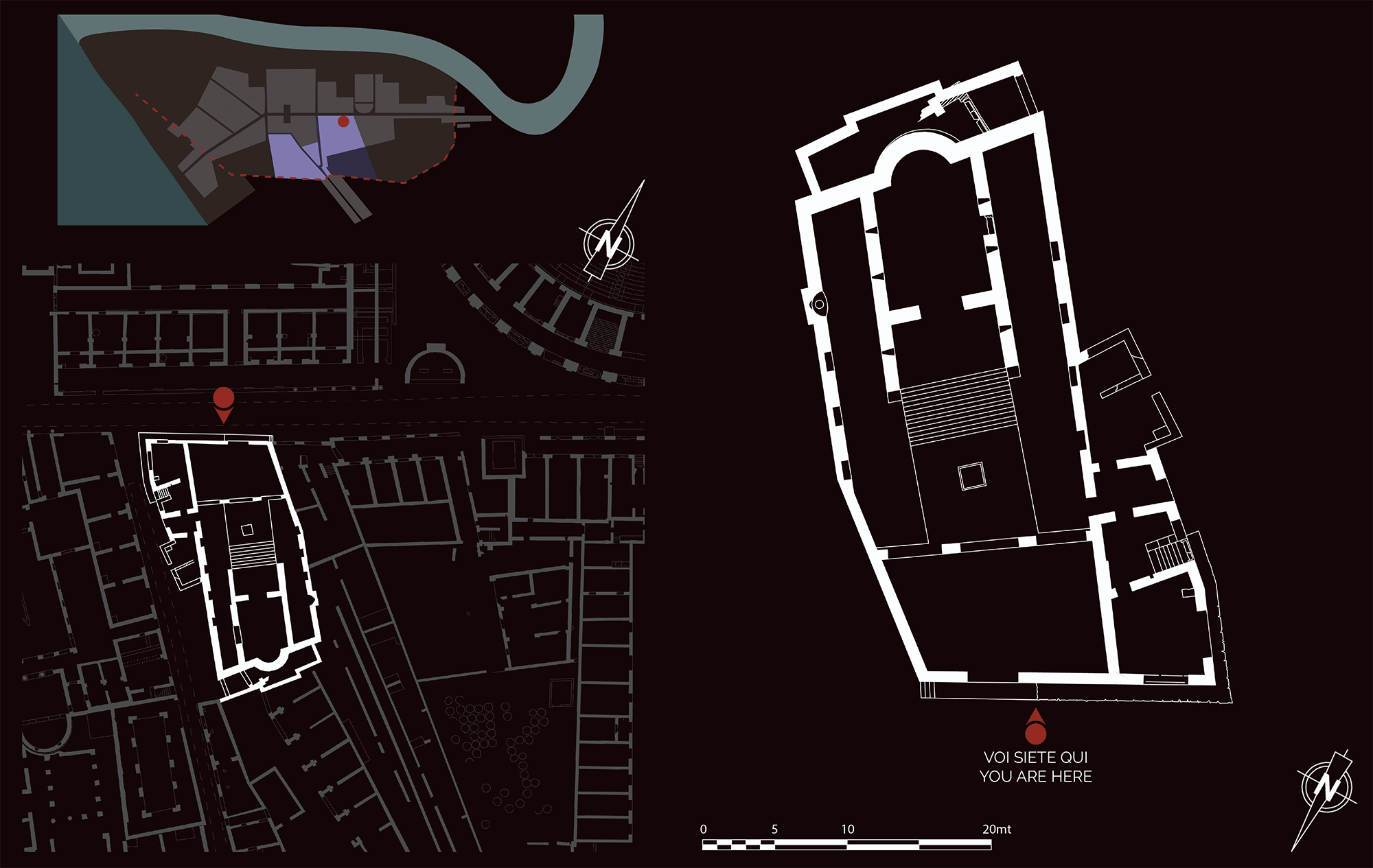 The temple was dedicated to the emperor Pertinax (AD 193), who was deified after his death, and was erected by the guild of the fabri tignuarii (builders), as we read in the inscription displayed on the opposite side of the Decumanus. The building had a brick cella and stood on a tall hollow podium in which votive offerings were kept.

The temple was installed on top of an older complex, built in the Hadrianic period (AD 117-138), which owes its name to the discovery inside of a marble herm (bust) of the famous Athenian general Themistocles (530/520-459 BC), a copy of an original of the first half of the 5th century BC now on display in the Museo Ostiense. 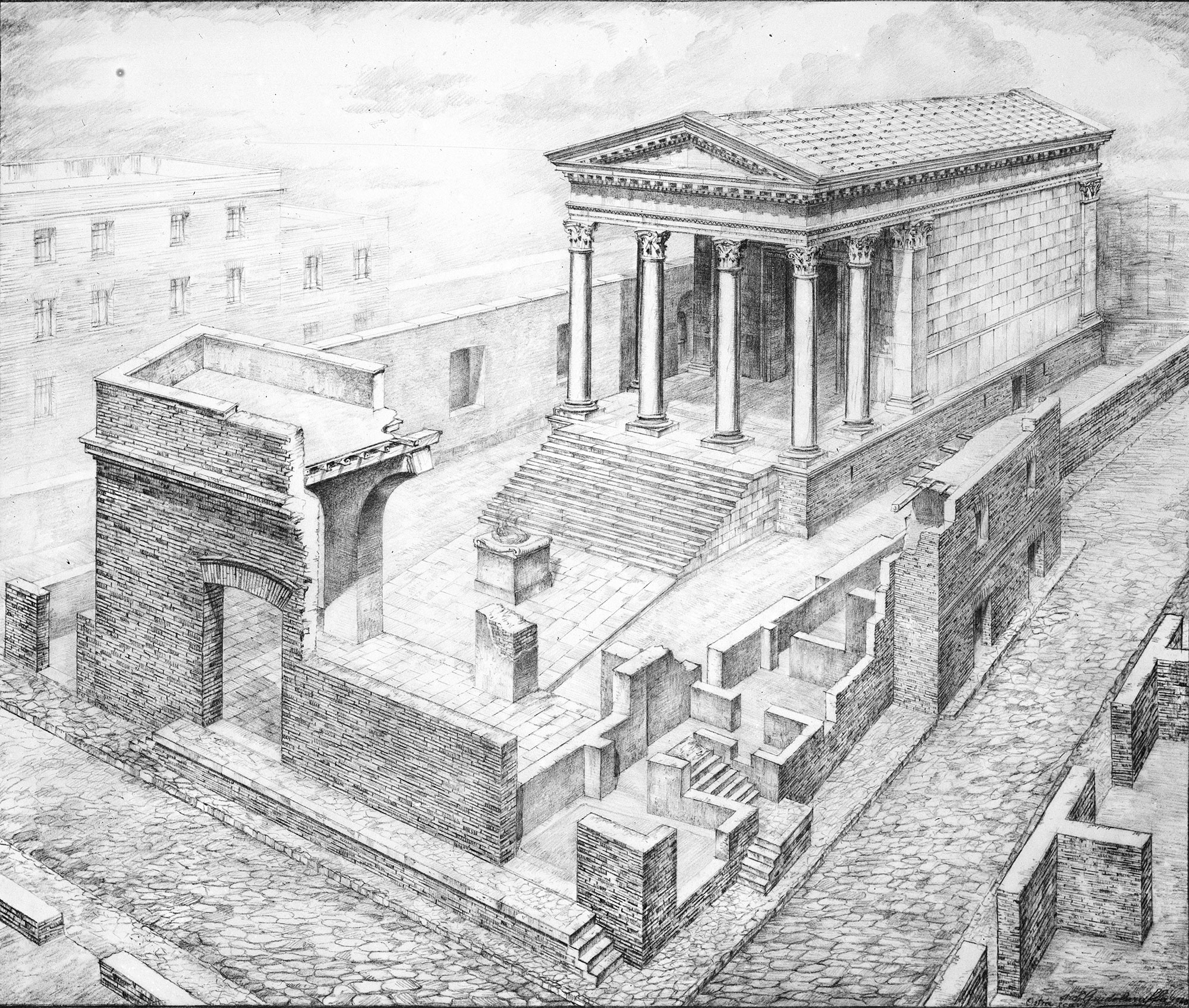 Axonometric reconstruction of the temple
(I. Gismondi)