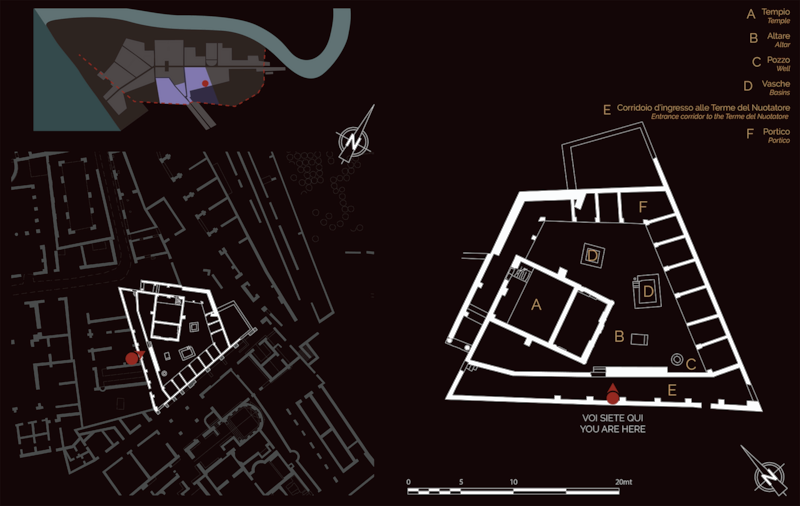 The sanctuary, dedicated to the ancient goddess of agricultural fertility and health, was surrounded by a wall since hers was a mystery cult.

The oldest features date to the 2nd century BC, but in its current configuration with a porch in opus reticulatum and brick columns the temple (A) dates to the 1st century AD.

Perspectival section of the porch and cella of the temple (A)
(A. Pascolini)

Also of this period is the dedication to the goddess, on the sanctuary’s well (C), on which we read the name of Terentia, a noblewoman of the Augustan period belonging to one of Ostia’s most important families.

The sanctuary had a portico (F) with wall paintings in which some small rooms were installed in the late 2nd century AD.

The cult of the goddess, reserved exclusively for women and also practiced in another sanctuary in the city, remained active until the 4th century AD. 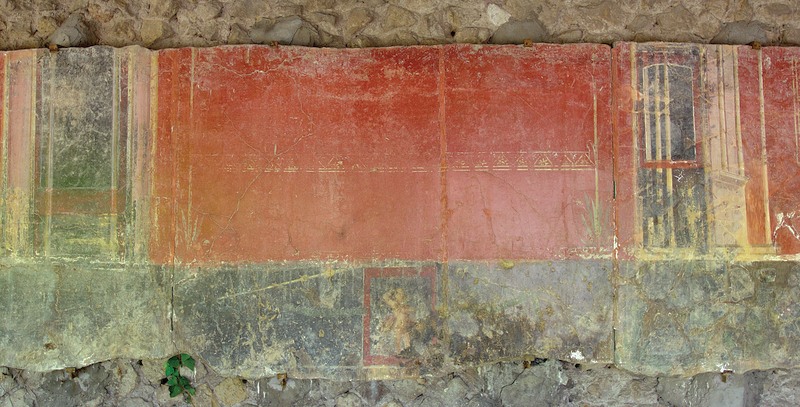