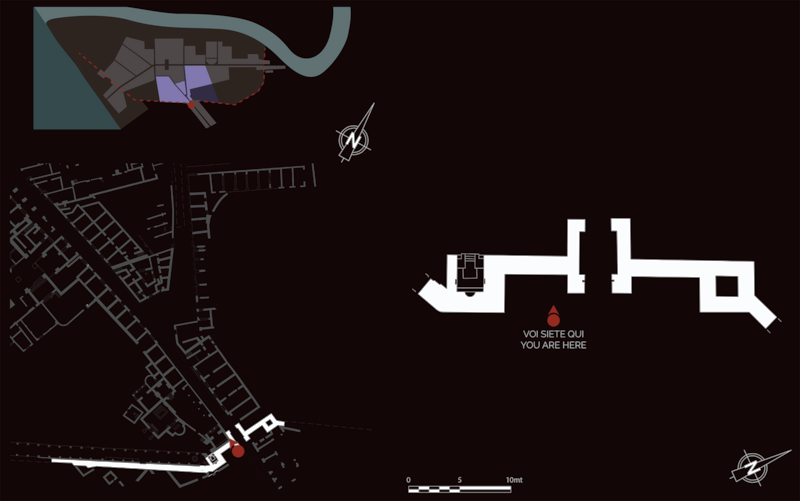 The gate in the Republican walls, built in around the mid-1st century BC, marks the entrance into the city from the Via Laurentina, an ancient road leading from Laurentum (a town in Lazio south of Rome); the stretch of road inside the city was Ostia’s Cardo Maximus.

The gate’s modern designation seems to be derived from the name Laurentia, known from Christian sources.

The gate, consisting of a single room, was flanked by two square towers and had a facing of tufa blocks. On the south side the sockets for the wooden door can still be seen. In the Imperial period the western tower, having lost its original function, was used for the taurobolia (ritual bull sacrifices) that took place in the nearby sanctuary of the Magna Mater. 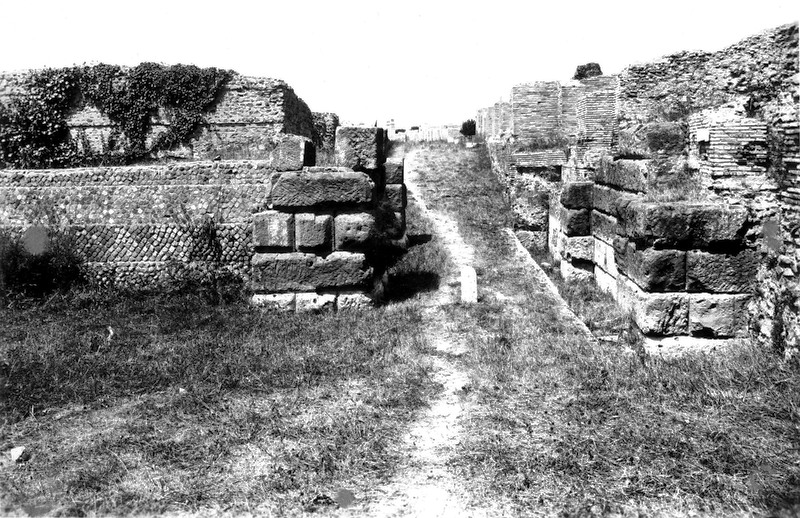 General view of the gate