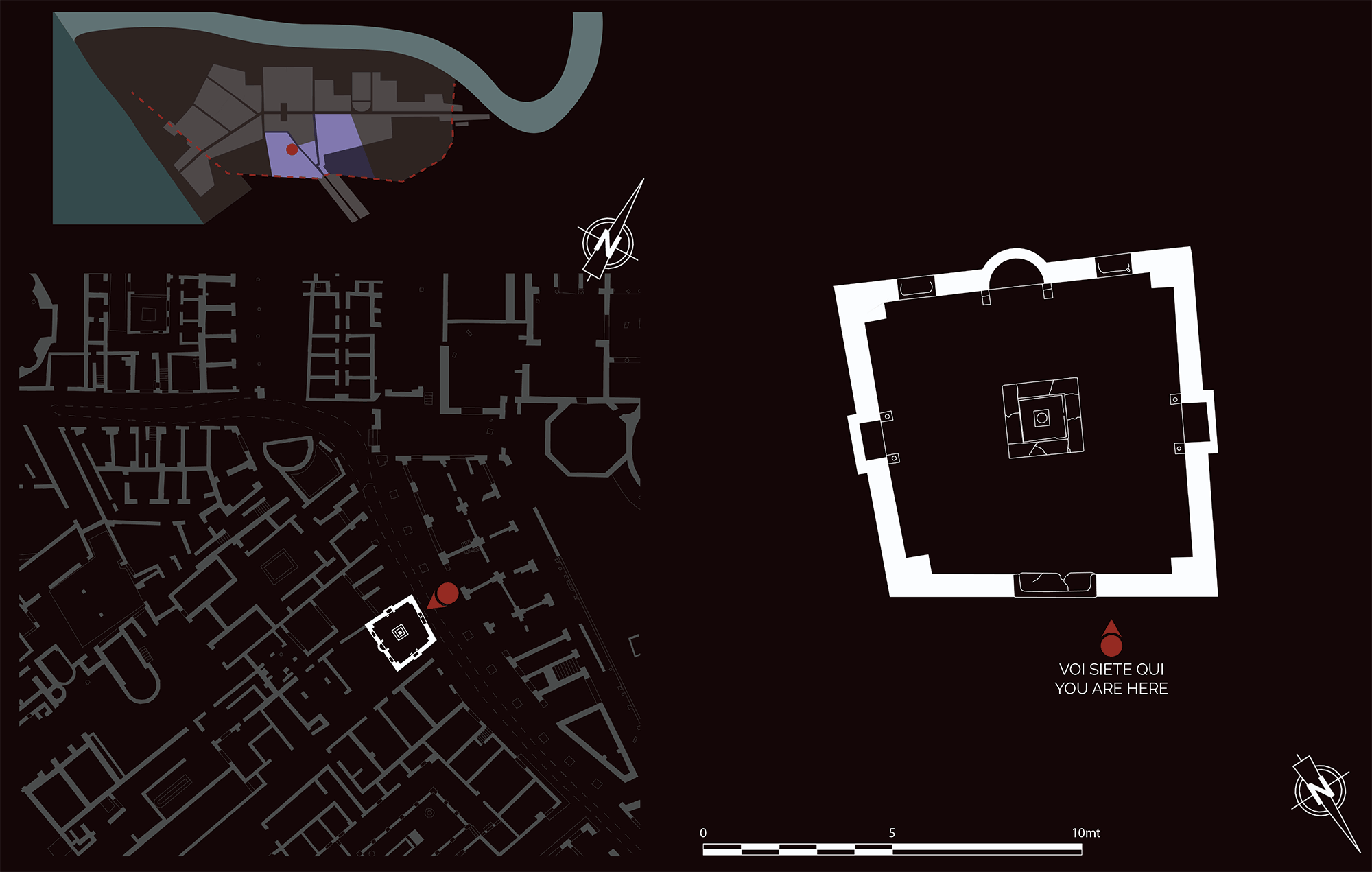 The monumental nymphaeum, built in the 4th century AD, takes the form of a single square room, closed and completely covered in marble panels, which provided a backdrop for the jets of water that gushed from a labrum (basin) set inside a central square pool. 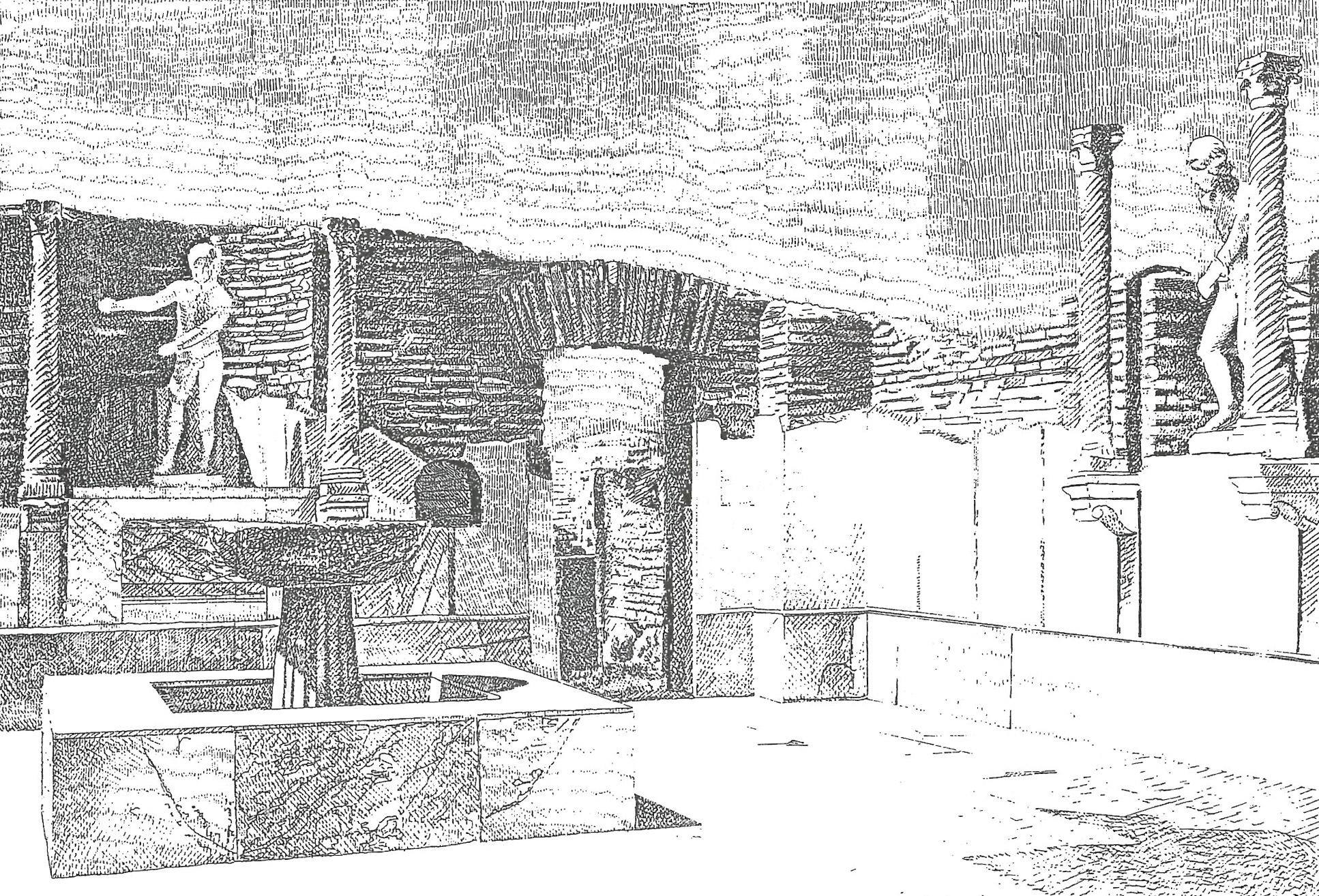 The side walls of the nymphaeum had two rectangular niches, each with a marble statue placed inside it. These were Roman copies of a type attributed to the Greek sculptor Lysippus depicting Eros stringing his bow and are now in the Museo Ostiense.

In the back wall was a semi-circular niche, perhaps adorned with a statue of Venus.