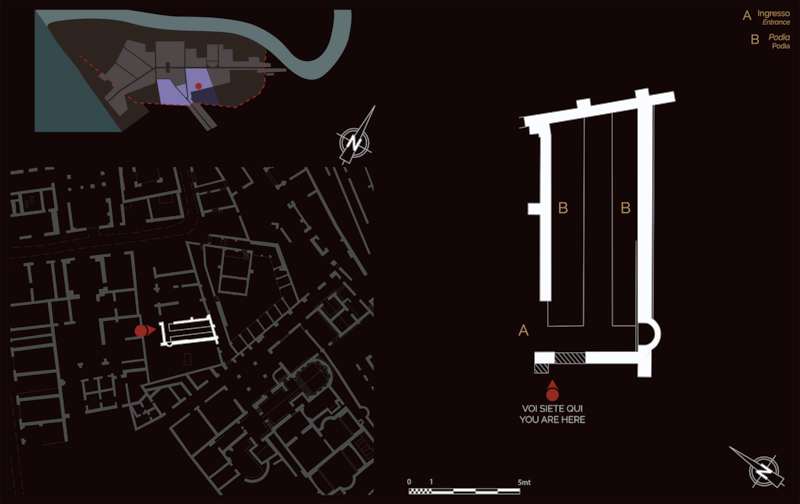 The cult place, dedicated to the eastern god Mithras, was installed in an earlier building of uncertain function in the second half of the 3rd century AD.

Originally equipped with two podia (benches) and an altar (no longer preserved), it has a mosaic floor depicting a krater (vessel) and an altar with a flame, alluding to the use of water and fire in the rituals.

Above these are two Phrygian caps, recognizable from their characteristic shape. The mosaic in the corridor is divided into seven compartments referring to the seven degrees of initiation into the cult and the seven planets connected to them with their specific ritual objects.

In the eighth compartment is an inscription naming the worshipper (Felicissimus) who built the mithraeum, which must originally have been similar in appearance to other mithraea in Ostia.