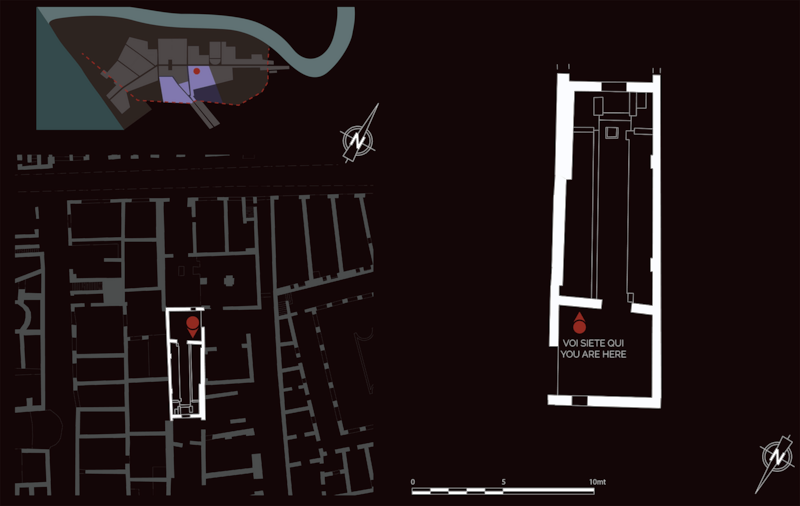 The cult place dedicated to the eastern god Mithras was installed in the second half of the 3rd century AD inside an earlier complex with shops.

One of the back rooms of a shop was transformed into a cult space where the podia (side benches) and a small altar were made from reused building materials. 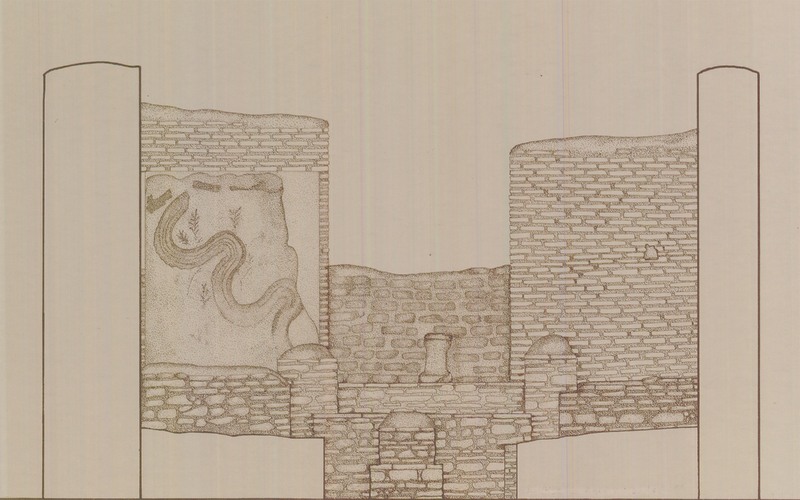 The mithraeum retained the painted decorations of the preceding phase (2nd century AD), probably belonging to a lararium (shrine of the household gods), depicting two snakes, a male identified by a crest and a female, on either side of a Genius with a veiled head and a cornucopia in his hand to symbolize abundance.

Since they were connected to the earth, snakes also played an important role in Mithraic religion.