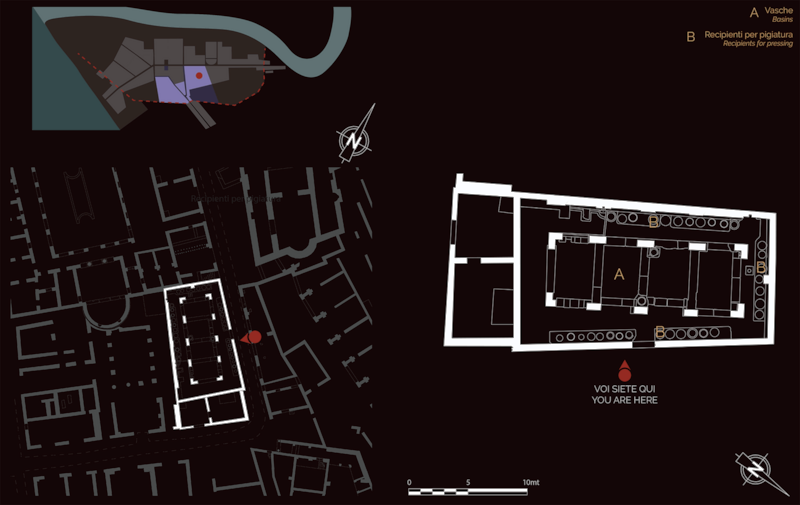 The fullonica (fullery) was built in the early 2nd century AD by converting a house of an earlier period. It consisted of a huge room with a roof supported by pillars, hosting four large basins connected to one another and lined with cocciopesto, a coating that served to waterproof them. 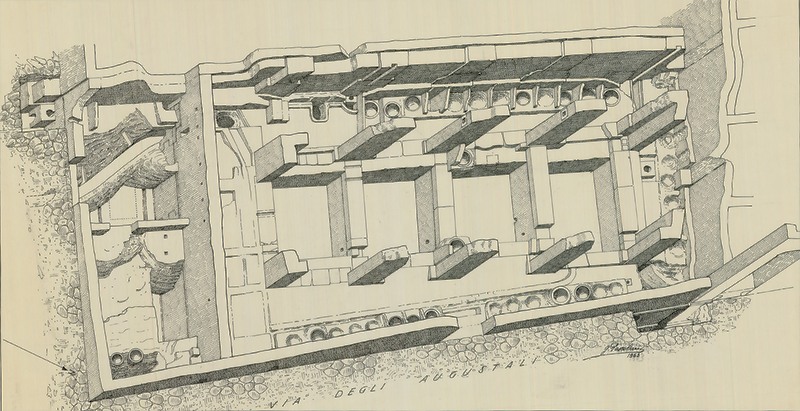 Axonometric reconstruction of the fullonica
(A.L. Pietrogrande, A. Pascolini)

In the 3rd century AD, 35 circular recipients in terracotta were added, separated by low brick walls against which the workers leant as they pressed the textiles with their feet. The fabrics were washed with a variety of substances, including natural soda and urine, which contains ammonia, and were hung out to dry on slender beams, as suggested by the presence of cavities in the sides of the pillars.