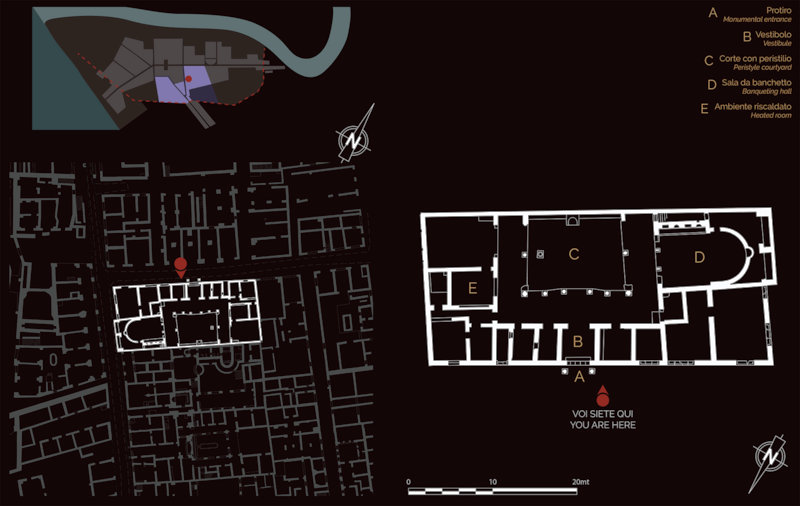 The aristocratic domus (house), whose current appearance dates to the 4th century AD, was installed inside a house of the mid-2nd century AD of which it preserved the peristyle in the central courtyard.

The entrance was monumentalized with a prothyrum (colonnaded entrance) (A) that led into a vestibule (B). This in turn gave access to the large courtyard (C), against the back wall of which is a cast of the statue of a goddess identified as Fortuna Annonaria (the goddess of food supplies) or as a personification of Ostia. 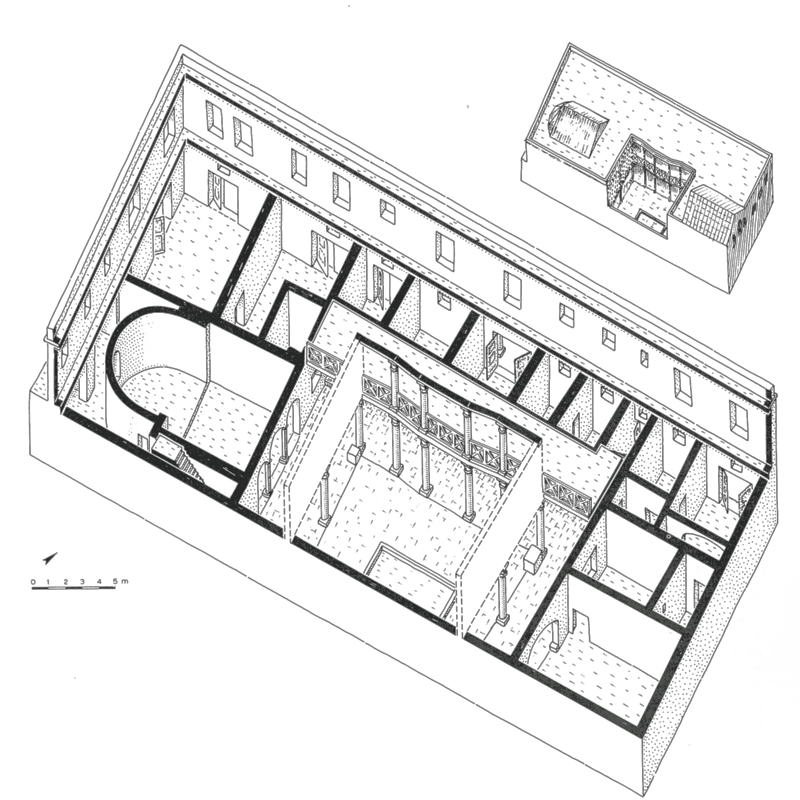 Axonometric reconstruction of the final phase of the building
(J.S. Boersma)

The main room (D) was adorned with marbles, a fountain and probably statues; the apse must have hosted the stibadium, the semi-circular triclinium couch on which meals were eaten. A private room of the house (E) was converted into a heated room and paved with a mosaic depicting mythological scenes.