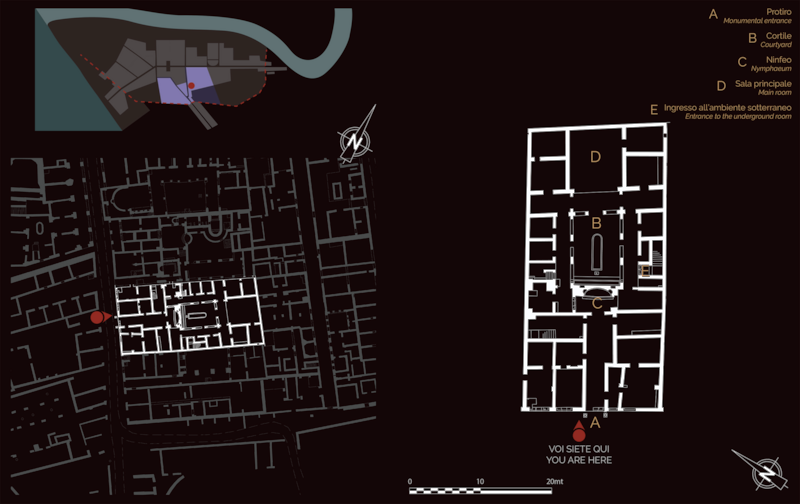 The luxurious aristocratic house was built in successive phases during the 3rd century AD. It was accessed through a monumental entrance (prothyrum) with marble columns and a pediment (A) on which the owner’s name was inscribed, erased in antiquity.

It had a central courtyard (B), embellished with a nymphaeum (C) decorated on both sides, with a curved front and niches facing the vestibule and a façade with aedicules and marble pediments facing the main room (D). The latter had two columns at the entrance and was paved with marble slabs; a similar veneer, partly made of reused materials, was present in the more luxurious rooms of the house.

A small underground room (E) with niches and a well could be reached from the courtyard and can perhaps be interpreted as a domestic sanctuary.