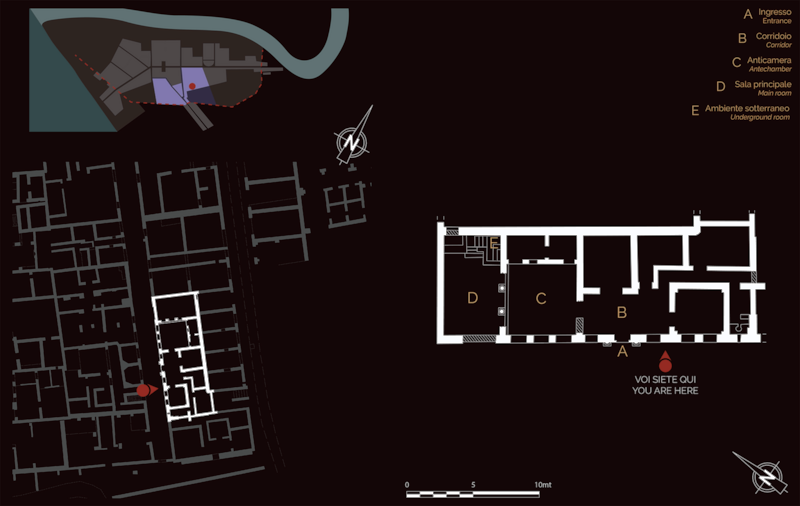 The domus (house) was installed in the second half of the 3rd century AD on the ground floor of an earlier apartment building (insula) of the Hadrianic period (ca. AD 130).

Both the original entrance (A) with brick half-columns and the internal layout, arranged around a corridor (B) with the other rooms opening onto it, remained almost unaltered. 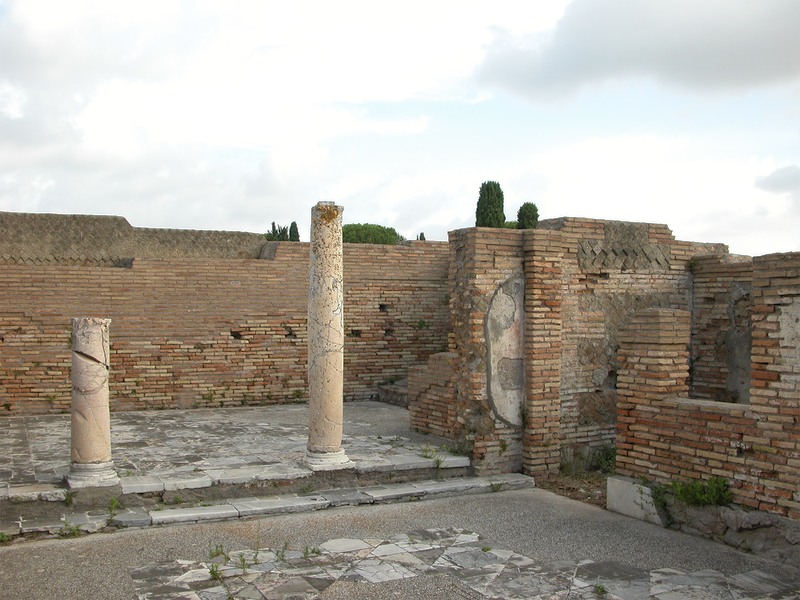 The main sector of the domus, to the north, consisted of an antechamber (C) and a room (D) whose entrance was monumentalized in the most recent phase with the insertion of two marble columns; in the same phase, new marble floors were laid in both rooms.

An underground room (E), which can be interpreted as a cistern for rainwater or more probably as a storeroom for foodstuffs, could be reached from a staircase located in the main room.