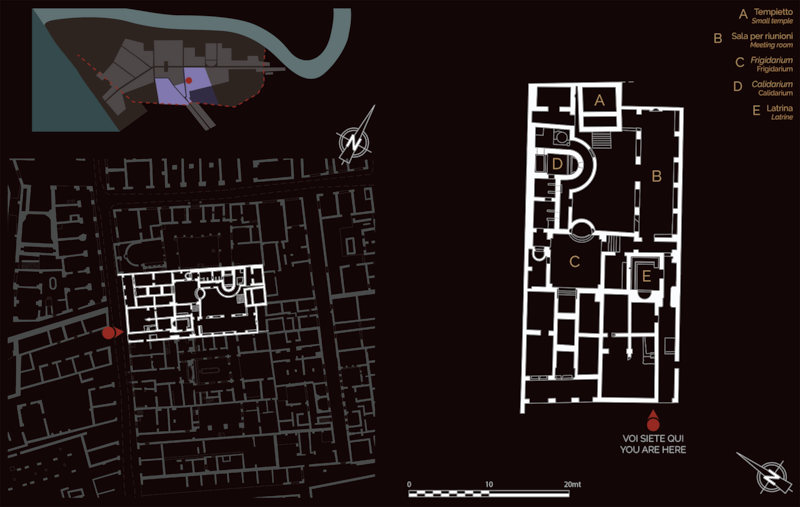 In the early 2nd century AD, the complex consisted of a series of shops with an open space behind them in which a small temple (A) dedicated to an unknown god was built in around AD 200.

In the second half of the 3rd century AD, the building became the headquarters of a Neoplatonic philosophical college, as we know from the discovery inside of two portraits identified as the philosopher Plotinus (203/205-270 AD). 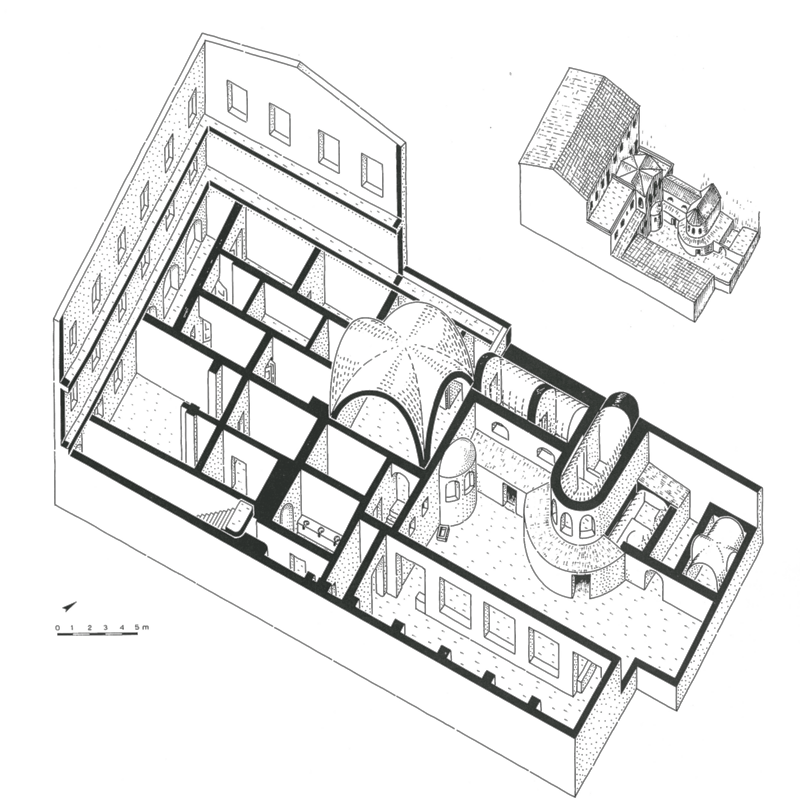 Axonometric reconstruction of the final phase of the building
(J.S. Boersma)

The building had a meeting room (B) with benches and a niche at the back, and a small bath complex with a frigidarium (room for cold baths), paved with a mosaic made of large tesserae in green marble (C).

The heated rooms, also marble-panelled, were located in the north sector of the building (D).