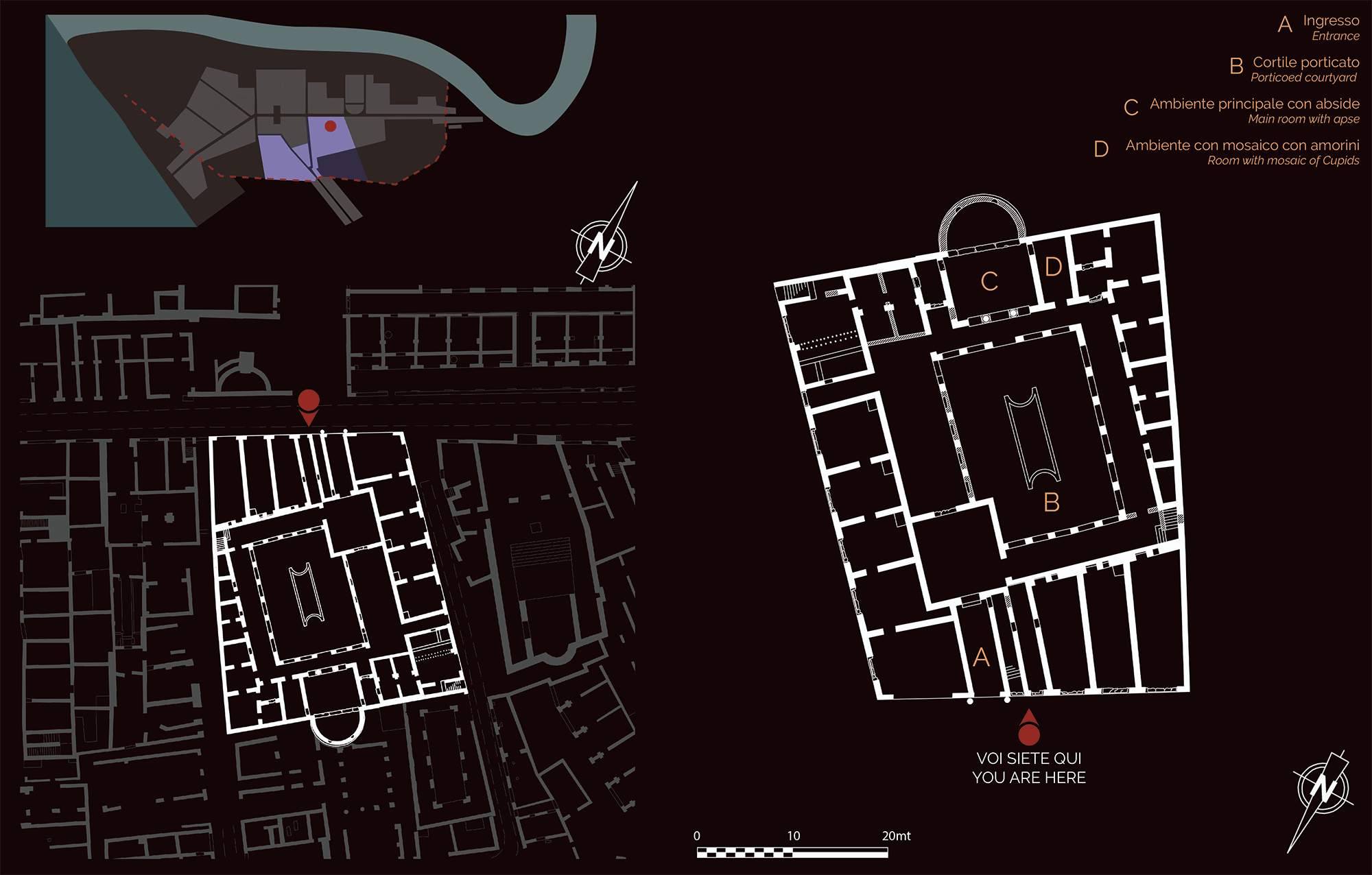 The building, of which the structures and decorations now visible date to the latest phase (4th century AD), is traditionally interpreted as the headquarters of the Augustales, the priests who presided over the cult of the Imperial family. This interpretation is based on the discovery of sculptures thought to be portraits of the Imperial family and on the presence in one of the rooms of a polychrome mosaic floor depicting Cupids holding up a crown.

However, it may also have been an insula (apartment building) of the middle Imperial period, later transformed into a luxurious late antique domus (house), with two columns at the entrance and a main room embellished with an apse veneered in marble panels.

The building was installed over an earlier residence with a porticoed courtyard of the 2nd century BC, the so-called Domus dei Capitelli di Stucco.