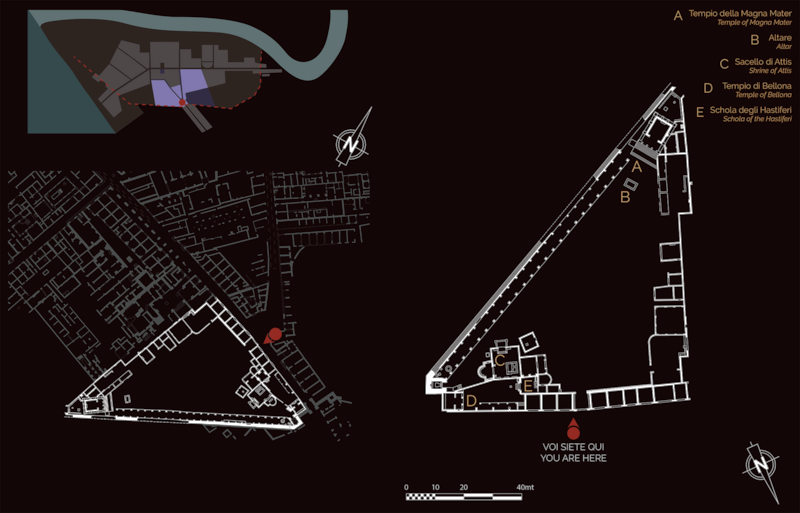 The vast triangular open space is located in the corner between the Cardo Maximus and the walls in an outlying area of the city where eastern cults were practiced. It hosted numerous cult buildings: the temple of Cybele or Magna Mater (a fertility goddess) (A), the shrine of Attis (a mythical shepherd and lover of Cybele) (C), the temple of Bellona (the Italic goddess of war) (D) and the headquarters of the Hastiferi or lance-bearers (E), who performed religious dances during the ceremonies.

The cult of Cybele was introduced to Ostia in the 1st century AD, but the sanctuary itself dates to the 2nd century AD.

The initiation rituals took place in the open space of the sanctuary; they involved killing a bull and sprinkling the animal’s blood over the worshippers (taurobolia).