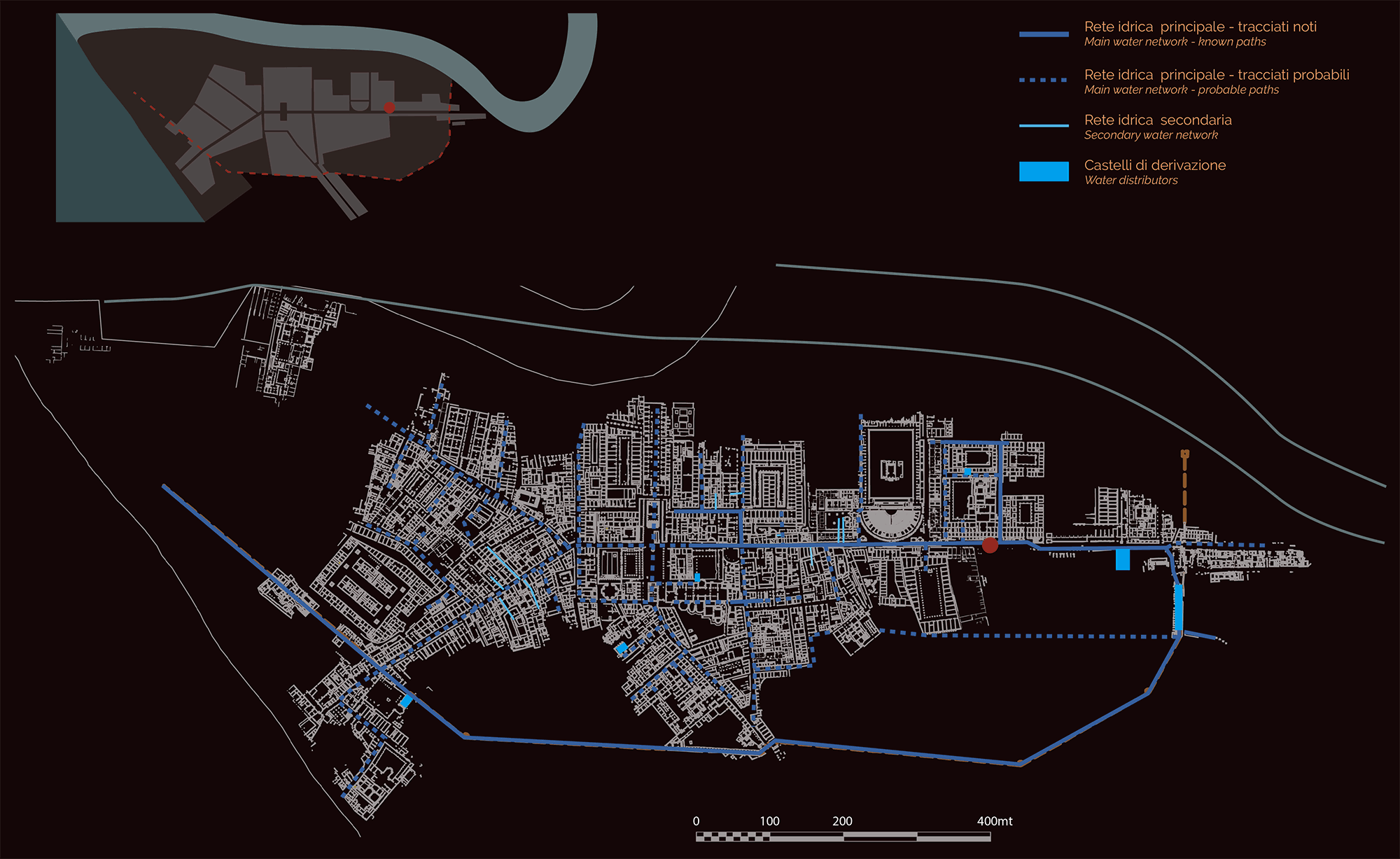 Until the 1st century AD, Ostia’s water supply was guaranteed by rainwater, collected in cisterns, and by wells drawing on the ground water. The city’s aqueduct was built, under Tiberius (AD 14-37) or Caligula (AD 37-41). It ended at the reservoir adjacent to the walls south of the Porta Romana. 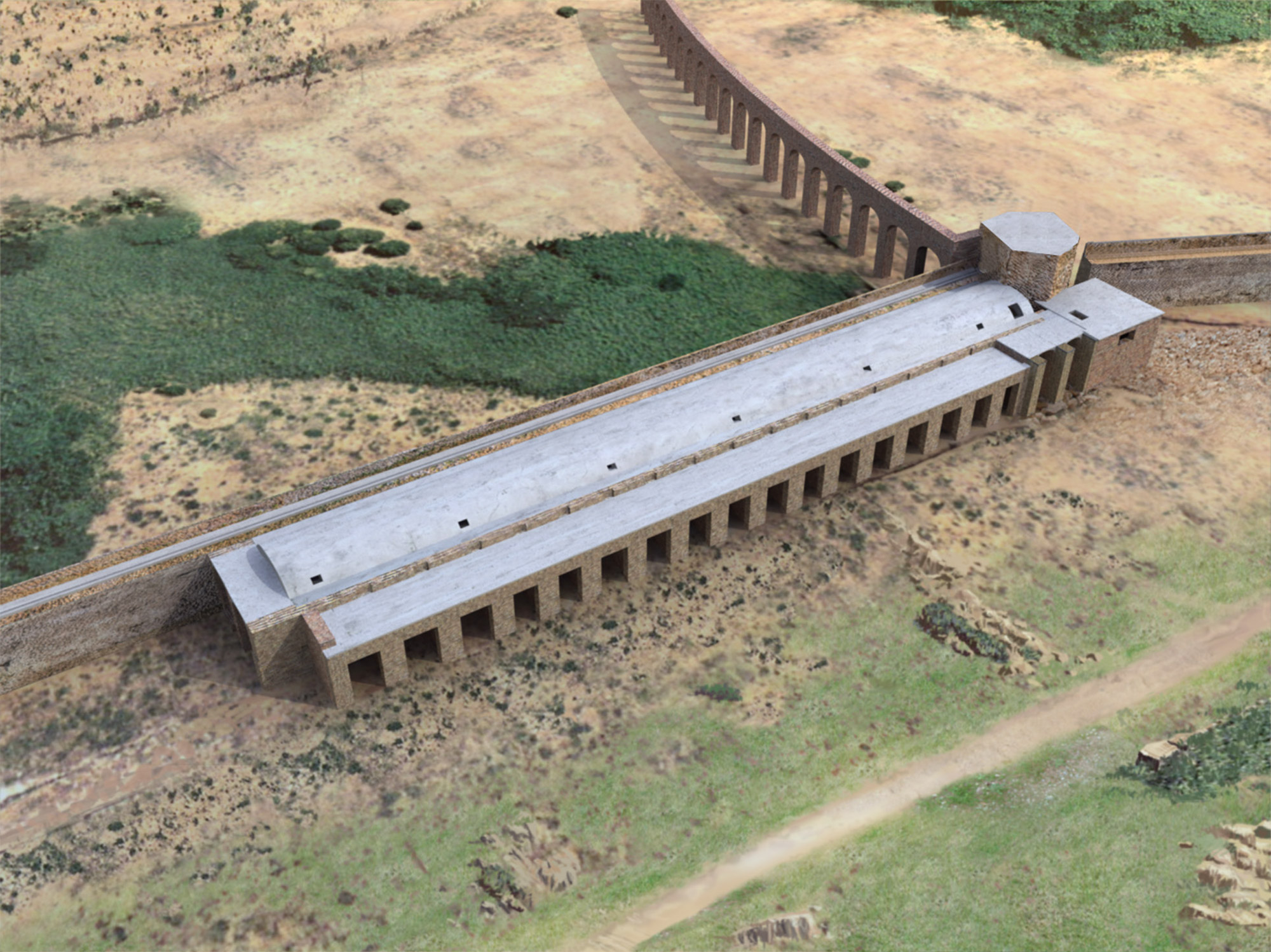 From here, the water was distributed throughout the city by an extensive network of cisterns and lead pipes (fistulae), inscribed with the name of the colony or of the concessionaries.

Lead pipe found and preserved in the Casa di Diana

The water network supplied public and private buildings; however, ground water continued to be used, with water being drawn up using wooden water wheels (noriae). The aqueduct remained in use until the 5th century AD; after its abandonment, water was once again provided by wells, some of which were dug into the middle of the streets, by now also partially in disuse.