The city’s main streets were the Decumanus and the Cardo, which crossed each other at the Forum. The former was the stretch of the Via Ostiensis inside the city, running east-west and turning slightly towards the south in the direction of the sea. The southern stretch of the Cardo followed the course of the more ancient Via Laurentina inside the city; the northern stretch, built from scratch, reached the banks of the Tiber. 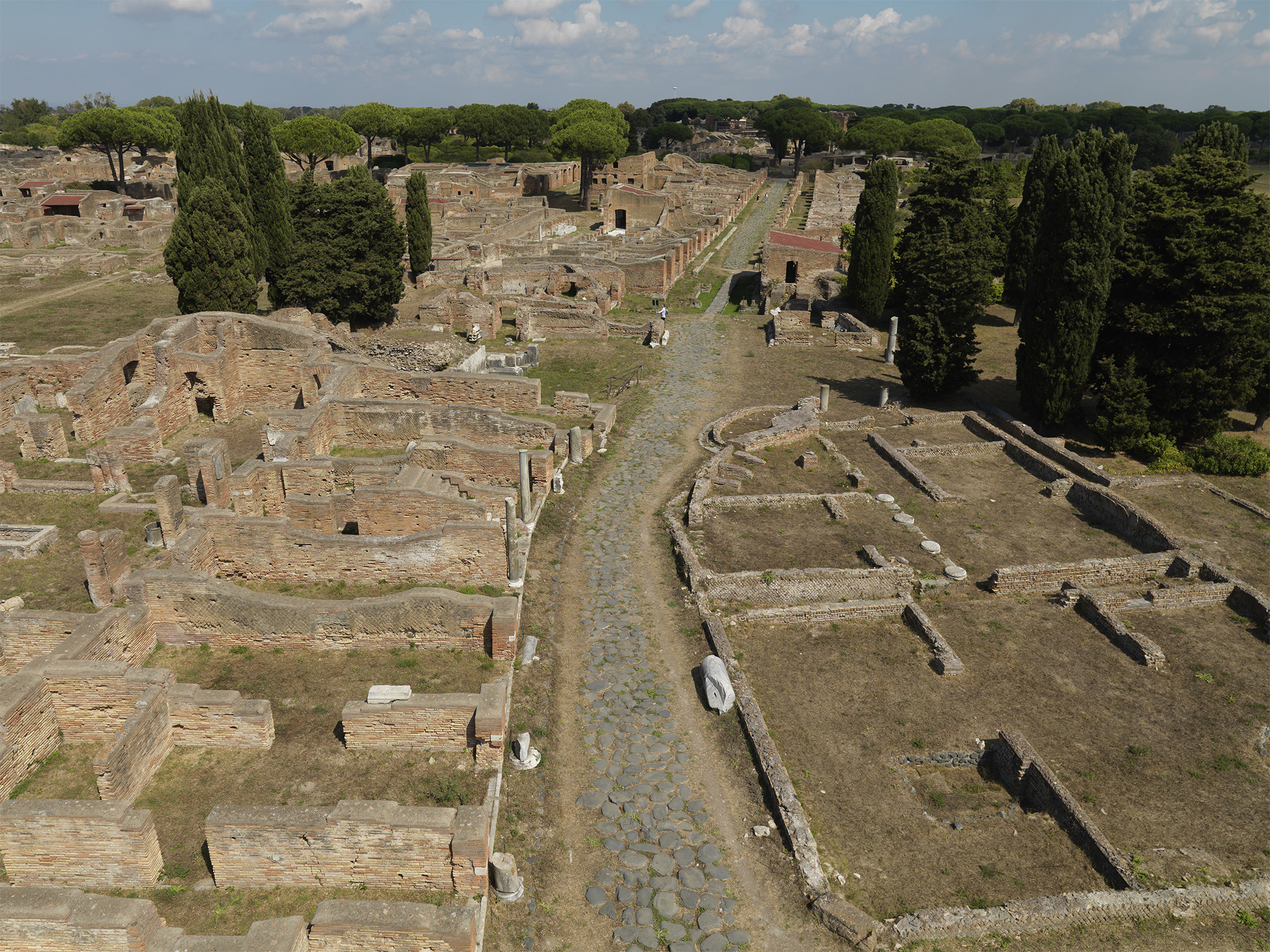 Other streets also ran towards the river, like Via della Foce and the Semita (or path) dei Cippi, important for commercial purposes. Many of the city’s major streets were built over more ancient routes, thus explaining the irregular orientation of the various districts. There was also a dense network of smaller lanes. 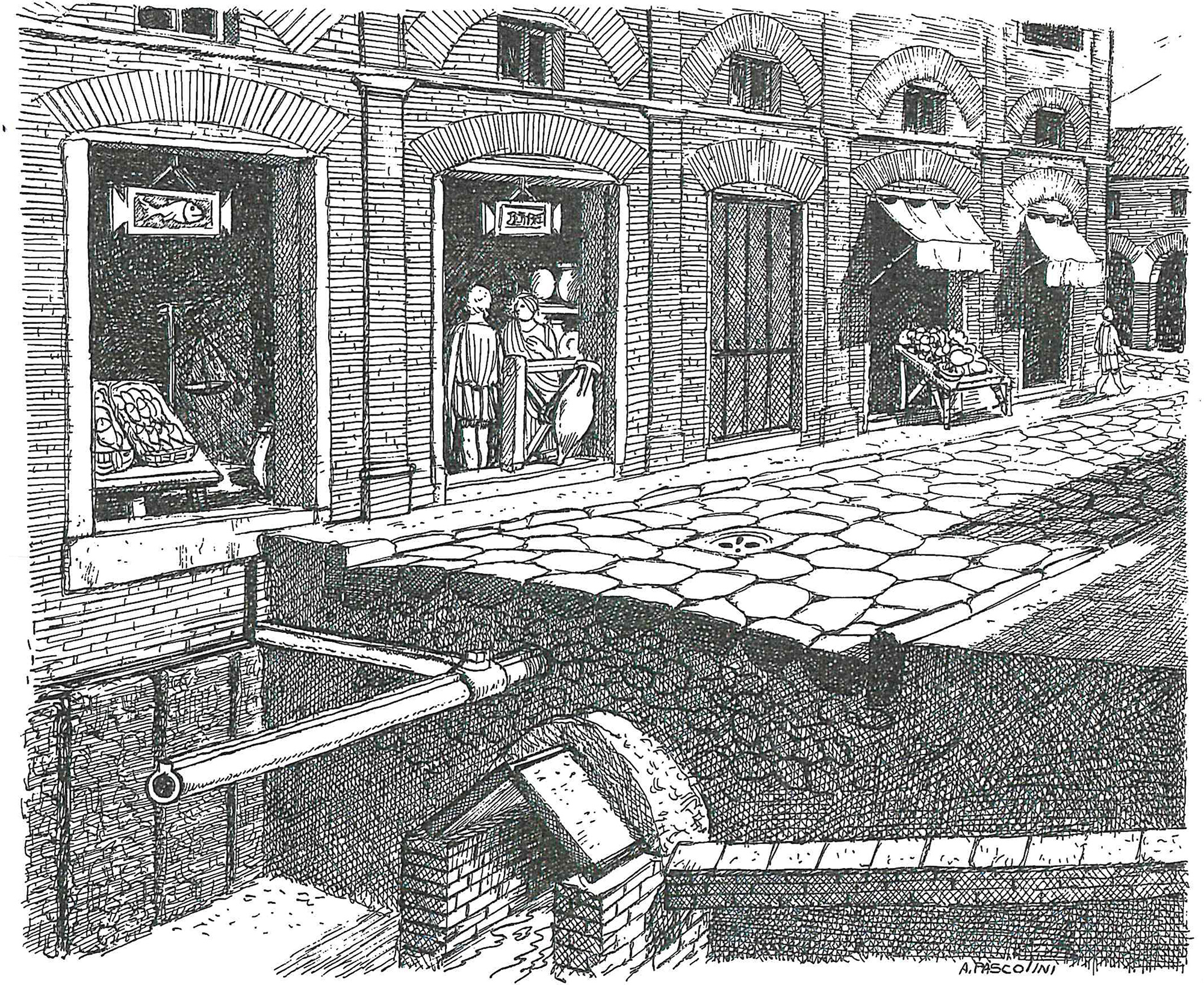 Reconstruction section of the Decumanus
(A. Pascolini)