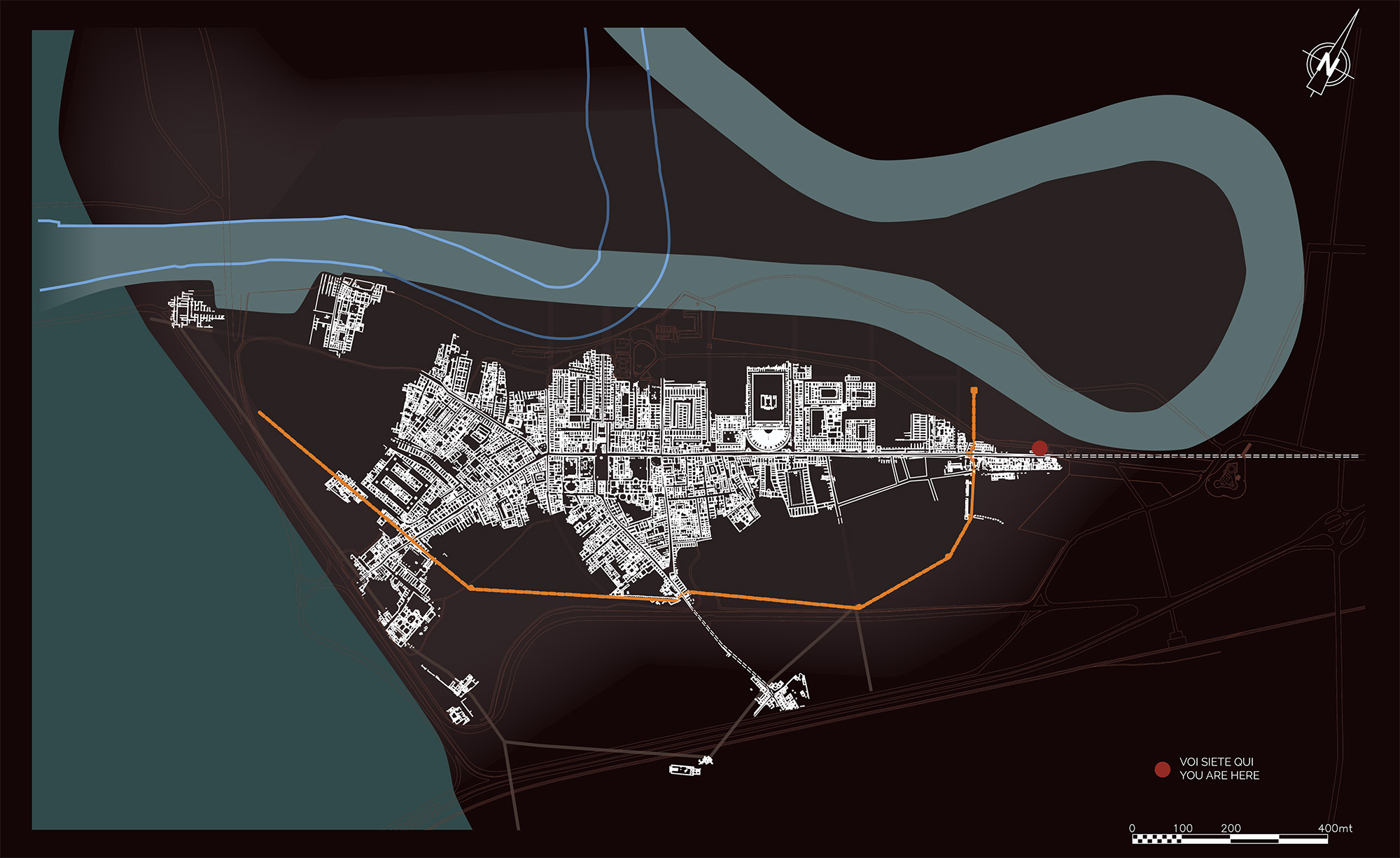 Its proximity to the mouth of the Tiber and the coastal salt pans were the main factors leading to the birth and development of Ostia (from the Latin ostium, “river mouth”), first with a strategic military function and later playing a predominantly commercial role.

The literary tradition ascribes the foundation of the city to the fourth king of Rome, Ancus Marcius (ca. 640-616 BC), but the earliest remains belong to the fortified settlement (castrum) of the 4th century BC Roman colony. The settlement gradually expanded outside the walls of the castrum and this entailed the need to build a new, larger wall circuit in the 1st century BC.

The city was arranged around the pre-existing streets of the Cardo and Decumanus, and the Forum was built where they crossed. The construction and later enlargement of the maritime port at Portus, between the periods of Claudius (AD 42) and Trajan (ca. AD 110), boosted Ostia’s role as Rome’s commercial harbour. The resulting economic and demographic development led to an extraordinary residential and monumental construction boom that completely renewed the city’s appearance in accordance with specific urban planning policy between the late 1st and early 3rd century AD.

From the mid-3rd century AD onwards, in part as the result of a more generalized crisis in the Empire, Ostia began to decline, leading to the slow and gradual abandonment of large areas of the city, even in the centre; here, however, some luxurious domus (houses) were installed over earlier residential complexes. The coastal zone, gravitating around the Via Severiana next to the sea, retained its vitality for longer.

In around the mid-6th century, Ostia must have been in a general state of abandonment; the population moved immediately inland, around the church of St Aurea, where the new fortified settlement of Gregoriopoli sprang up in the 9th century. 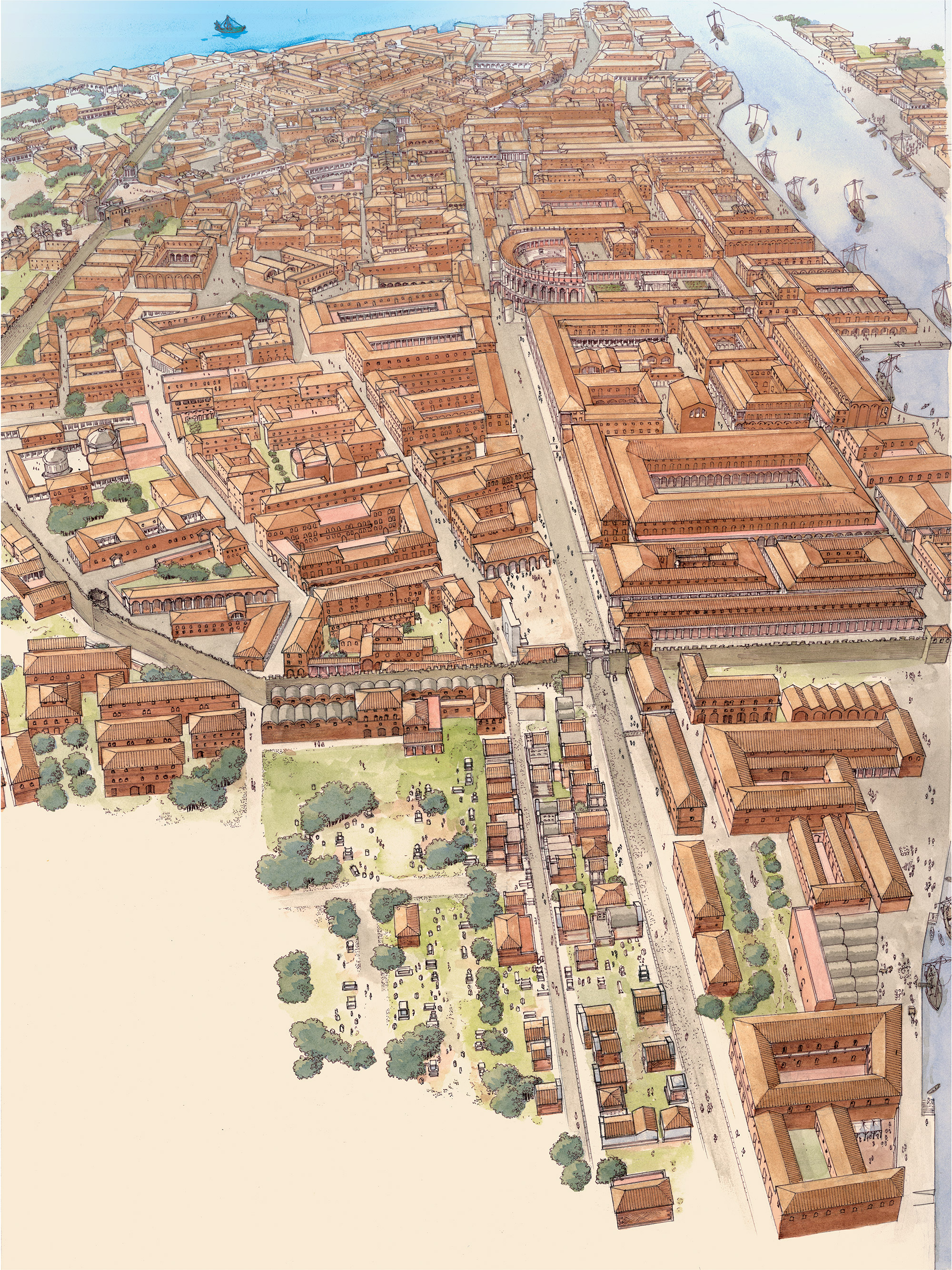