Necropolis of Portus in the Isola Sacra 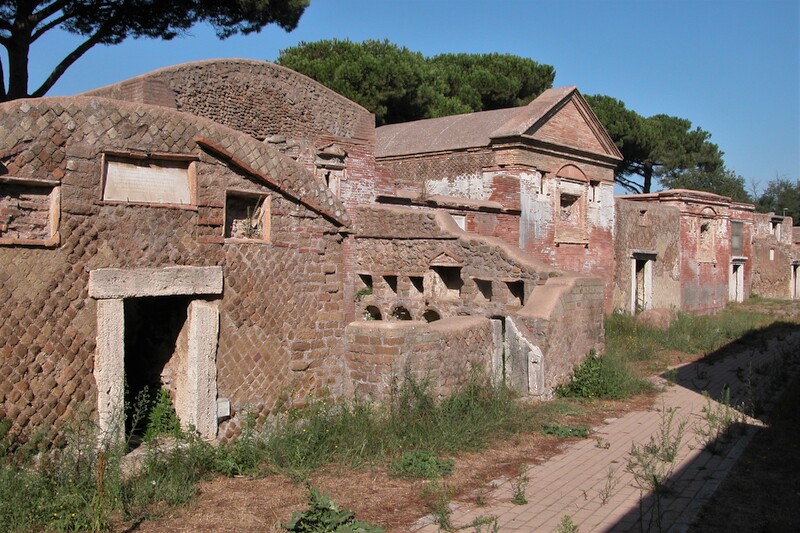 The complex known as Porto Necropolis consists of over 200 funerary structures and represents the southern limit of the burial ground along via Flavia, on the island created by the Tiber delta and the Fossa Traiana (Fiumicino canal), in use between the late 1st and the  4th century AD.

The development dynamics of the site and the arrangement of the tombs reflect the importance of the road, which was an orientation axis for the structures. The earliest tombs, detached and directly facing the via Flavia, were flanked by others, and in order to create a real street front; some latter structures were built behind these ones, along a smaller second “façade”. The latest tombs occupied the few spots left in the first facade, which appears now to be a seamless united front.

The features of the burial buildings are quite homogeneous. A one or two storey square room, often surrounded by an enclosure; barrel vault ceilings or flat roofs; façades made up of bricks adorned with triangular gables, plinths, lesene, columns and capitals; small windows and doors framed with travertine thresholds, jambs and epistyles.

Floor mosaic from tomb 43, with the greek inscription "Ode Pausilypos" (= this is the place where worry ends)

The significance of the façades is confirmed by the latin and greek inscriptions found above the doors bearing the names of the entombed, their testamentary dispositions, rules concerning the use of the tombs, and their dimensions. They also provide important information about the social organisation of Portus and its inhabitants, the Portuenses: they were mostly middle-class people, merchants, small businessmen, freedmen, as reflected in the bas-reliefs on the façades of the tombs, a clear expression of popular contemporay art. On some façades, for instance, next to the deceased’s inscriptions were representations of an obstetrician delivering a baby, a surgeon performing surgical operations, a metalworker, a hardware dealer, a grain merchant, etc. 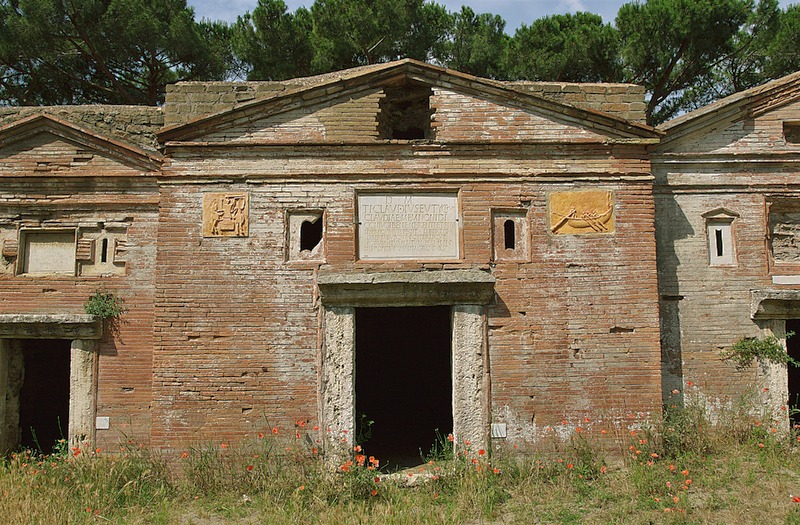 Front of the tomb 78 with an inscription mentioning the owner's name: T. Claudius Eutychus